20% of Teens Report Having Had a Concussion

Close to one in five teens have been diagnosed with a concussion, according to a new study looking at the prevalence of concussions among young people.

In the report, researchers at the University of Michigan surveyed over 13,000 U.S. students in grades 8, 10, and 12 and asked them, “have you ever had a head injury that was diagnosed as a concussion?” The researchers found that nearly 20% of adolescents said they had been diagnosed with at least one concussion and 5.5% said they had been diagnosed with more than one. The report is one of the first to survey teens about whether they’ve had a concussion. Prior studies have largely looked at emergency room data, say the study authors. The research is published in the journal JAMA.

“There needs to be more attention to this topic,” says study author Phil Veliz, an assistant research professor at the University of Michigan’s Institute for Research on Women and Gender. “Concussions are quite common especially among adolescents. It needs to be tracked and monitored.”

Those most likely to have a concussion were males in older grades who said they took part in competitive sports. While the study did not determine how the kids got their concussions, the authors report that about a third of teens participating in contact sports had been diagnosed with a concussion at some point.

“Parents and coaches are the people who should paying attention to these numbers,” says Veliz. “They should be aware that one in five experience a concussion and they should know the risks associated [with such head injury].”

Concussions from contact sports is a growing concern amid accumulating evidence of how the injuries can affect a person’s brain over time. A recent study published in the journal Translational Psychiatry found that playing tackle football before the age of 12 doubled the odds of people having problems with regulating their behavior, apathy and executive functioning later in life, and tripled the odds of suffering symptoms of depression.

Another 2017 report looked at the brains of 202 deceased people who had played football at various levels, from high school to the NFL and found that chronic traumatic encephalopathy (CTE), a degenerative brain disorder associated with repetitive head trauma, was diagnosed in 87% of the players. The symptoms of CTE can include memory loss, aggression, and suicidal thoughts.

Veliz says his study was done to get a better idea of how many teens have experienced a concussion. While the number of young people affected is high, Veliz says he wasn’t especially surprised that concussions are so prevalent. “It’s a common experience and becoming more common as more adolescents are participating in sports,” he says. Given the growing list of health and behavioral problems linked to head injury, he says, “We need to know how often it’s happening.”

Most Popular on TIME
1
Everything You Need to Know About Nurse Ratched Before Watching the New Netflix Show
2
Ruth Bader Ginsburg Wishes This Case Had Legalized Abortion Instead of 'Roe v. Wade'
3
McConnell's Risks in Replacing for Ginsburg 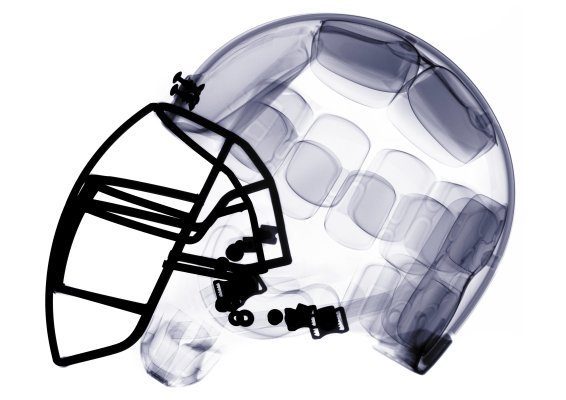