Jon Snow may be in the dark about his secret Targaryen heritage, but that didn’t stop him from bonding with Daenerys’ dragons in season seven of Game of Thrones.

During an inside look at the making of “Eastwatch” — the season’s fifth episode — Kit Harington offered his take on capturing the emotion behind Jon’s first face-to-face interaction with Drogon. “I quite liked that moment with the dragon,” he explained. “There is something I wanted to bring to it which is quite animalistic. If you show a vicious animal fear, it will jump on that. But if you show it bravery, then it will respond in a different way. That was exciting to play.”

Showrunner Dan Weiss also shared his commentary on conveying the gravity of the scene. “Dany, she doesn’t want to see her dragon eat him but she would like to see him sweat a little bit,” he said. “I think she probably is about 85 percent sure that the dragon’s not going to eat Jon. And then it’s shot intentionally in such a way where she loses sight of him for a while because of the way the dragon’s neck rises up. And it makes the moment entirely between Jon and the dragon and takes Dany out of the equation for a couple of crucial seconds in the scene.” 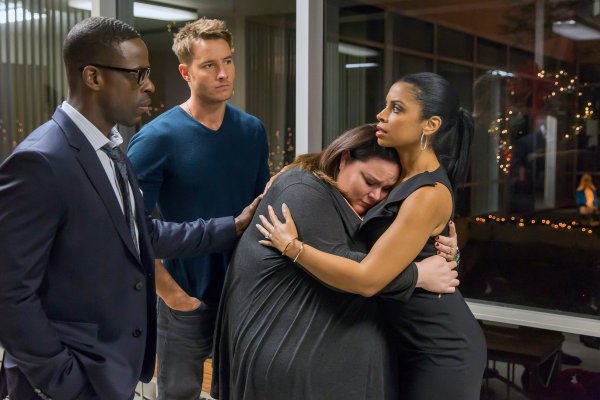 This Is Us Creator: The First Episode of Season 2 'Holds a Giant Piece of the Puzzle'
Next Up: Editor's Pick