Martin Freeman will be tackling Shakespeare later this year in London’s West End, when he stars as the conniving king in Richard III at the Trafalgar Studios. The play, which will begin its run this summer, will be directed by Jamie Lloyd.

The Machiavellian role will be something of a change for the actor, who made his name playing Tim in the BBC sitcom The Office (the character was renamed Jim in the U.S. version), before becoming a superstar as Bilbo Baggins in The Hobbit films and John Watson in Sherlock. Until now, audiences have been pretty accustomed to seeing Freeman play the good guy.

Maybe Freeman is taking cues from his Sherlock co-star Benedict Cumberbatch, who will also be appearing on a London stage for a Shakespearean role: he’ll be playing Hamlet in the Barbican Centre’s production in 2015. Of course, we’re already used to Cumberbatch playing tortured misfits by now. 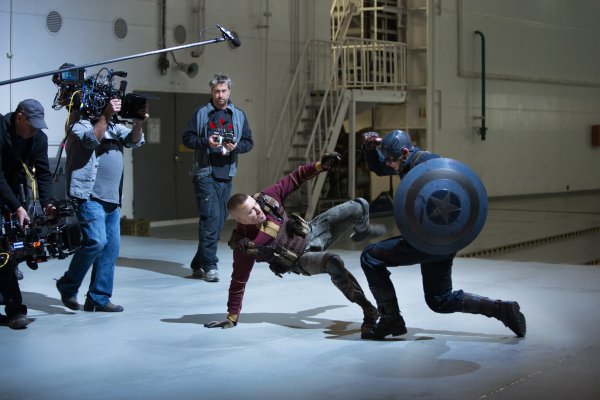 Behind the Scenes of Captain America: The Winter Soldier
Next Up: Editor's Pick