Does the NFL Require Players to Stand for the National Anthem?

As President Donald Trump continues to chastise NFL players who kneel in protest during the national anthem before games, some football fans are wondering: Does the NFL league rulebook require players to stand for the anthem? A viral Facebook post referencing section a62 63 of the rulebook claims it does.

Before we verify or debunk that claim, it’s important to know that NFL football games are governed by multiple codes of conduct. One is the NFL rulebook; another is the NFL game operations manual. The rulebook is concerned with in-game actions by players and coaches (like scoring, penalties, challenges and so on), whereas the game-operations manual dictates how NFL games should be run in the bigger-picture organizational sense.

“The league’s Game Operations Department uses the manual to govern the conduct of home clubs, to ensure they protect players and provide the conditions for a fair and fan-friendly contest,” reads the NFL’s website. “Clubs face warnings and other penalties for noncompliance.”

The NFL rulebook makes no mention of the national anthem. But the game operations manual does.

Here’s what the game operations manual says regarding the national anthem, according to an NFL spokesperson:

It’s important to note the use of the word “may” here. The NFL is not considering punishing fines on players or teams who choose to kneel or stay in the locker room during the national anthem, the spokesperson says.

— Sean Gregory contributed to this report. 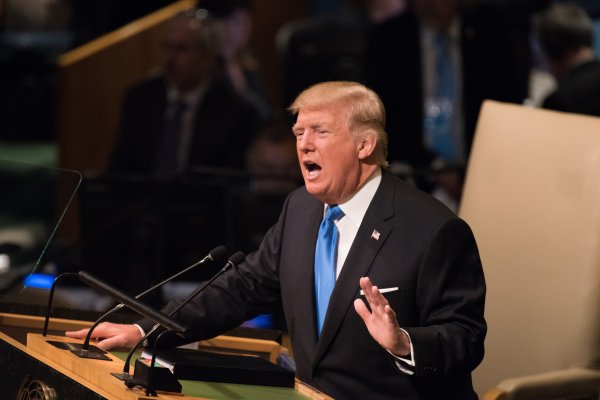