The Friendly Habit That Could Be Killing Your Credibility

Sometimes I overanalyze work emails to the point where I think everyone’s mad at me for everything I’ve done. So, when I write them, I usually include a healthy combination of exclamation marks and friendly emojis to communicate very clearly that I am not upset. And up until this week, I thought that was the right idea.

But according to new research, it turns out that my habit is actually a really bad one. And it’s apparently killing my credibility at work.

A team of researchers at Ben-Gurion University of the Negev in Israel discovered that not only do emojis fail to convey the warm feelings I thought I was communicating, but that they also decrease “perceptions of competence.” And they didn’t come to this conclusion based on surveying just one office. In fact, this finding was based on responses from 549 people across 29 different countries.

Read More: This One Word’s Killing Your Credibility at Work—Here’s How to Stop Saying It

This might sound familiar to some of you. And for those of you who are suddenly feeling embarrassed, you’re probably wondering what’s next for people like us. Do we ignore the research and keep communicating with smiley faces to show our teammates that they have nothing to worry about? Do we go against what feels natural and ditch them altogether, even if that means that our emails suddenly take a much colder tone?

Well, the answer to both is actually a resounding “yes.” And there are two parts to that answer.

Read More: The Free Tool You Can Use to Boost Your Credibility Fast

For starters, you shouldn’t feel obligated to delete your emoji keyboard. I bet you have some work relationships that were built on a foundation of a exchanging them. And that’s totally OK! For the emails between just the two of you, feel free to carry on as you have. There’s nothing wrong with having someone at work who understands that certain combinations of emojis mean that you need a snack break ASAP.

But for those message that address actual business issues, trust what the research says and save the wink face for more casual discussions. After all, the researchers found that even a smiley that seems well-placed doesn’t replace an in-person smile. (If you’re stressed that you won’t be able to nail the right tone without the help of an emoji, check out these 27 email templates.)

As for me, it might take a while to come to grips with all of this. I’ve written some emails since reviewing the research and without my normal levels of internet enthusiasm, it’s hard for me to recognize who wrote them. But I have noticed that some exchanges have been shorter than others—and it’s probably because I’m getting right to the point.

Have a story about a poorly-timed emoji in an email? Still don’t think it’s a big deal if you include an occasional smiley? Tell me all about it on Twitter.

This article originally appeared on TheMuse.com 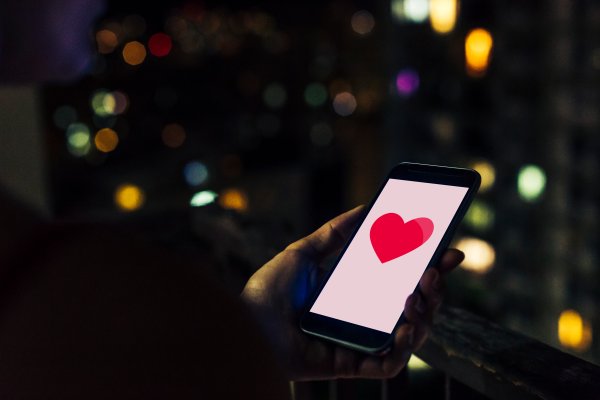 My Post-Divorce Dating App Experiment
Next Up: Editor's Pick