'Stay Away or Be Swept Away.' Puerto Rico Dam Battered by Hurricane Could Burst

Tens of thousands of Puerto Ricans remain in grave danger as a dam battered by Hurricane Maria is in danger of bursting and triggering a massive deluge.

The National Weather Service (NWS) said Sunday that the Guajataca Dam is nearing failure. The agency extended a flash flooding warning through Monday afternoon in the municipalities of Western Quebradillas and eastern Isabela, where the dam is located.

“Stay away or be swept away” warned the NWS. “River banks and culverts can become unstable and unsafe. Stay away from evacuated areas until told by emergency officials it is safe to return.”

Guajataca Dam, which holds a man-made lake, is already releasing water, Puerto Rico Governor Ricardo Rosselló told CNN on Sunday. “Right now, as it stands, a couple of hours after I went through Isabela, part of the dam did break, it is releasing water,” he said. “And that dam is partly concrete, partly soil. So as water runs through, erosion starts having its toll on the dam and my concern is at some point it will break.”

Rosselló urged residents to evacuate the area on Saturday, but local officials told NBC News the number of those leaving remains small. 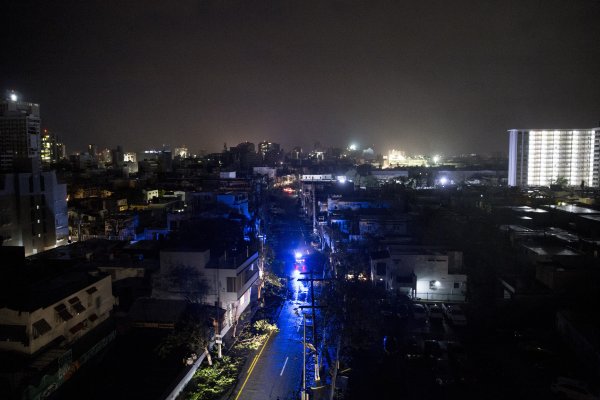 Puerto Rico Could Be Without Electricity for Months
Next Up: Editor's Pick