President Donald Trump slammed the NFL’s rule changes that were implemented to reduce head injuries and called on team owners to fire players who kneel during the national anthem as an act of protest.

Speaking at a rally in Huntsville, Ala., Friday night to campaign for Sen. Luther Strange, Trump said that attendees of NFL games should walk out of the stadium if a player opts to kneel during the anthem. NFL players have been responding to Trump on Twitter.

The NFL has been mired in controversy since former San Francisco 49ers quarterback Colin Kaepernick began the kneeling to protest police brutality against black people. Several other athletes, including a number of NFL players, have followed suit. Kaepernick has not been signed to any NFL teams since his contract with the 49ers expired at the end of last season. 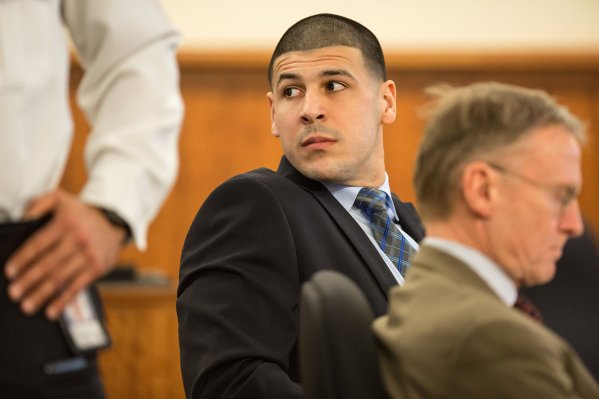 Aaron Hernandez Had CTE. How Much More Damage Can The NFL Take?
Next Up: Editor's Pick