Housing and Urban Development Secretary Ben Carson said on Friday that he supports the candidacy of Roy Moore in the race for the Republican Senate nomination in Alabama, breaking from his boss President Donald Trump, who has endorsed Sen. Luther Strange.

“Judge Moore is a fine man of proven character and integrity, who I have come to respect over the years,” Carson said in a statement. “He is truly someone who reflects the Judeo-Christian values that were so important to the establishment of our country. It is these values that we must return to in order to make America great again.”

The announcement came hours before Trump’s scheduled appearance in Alabama, where the president plans to campaign for Strange. Trump’s support for Strange has been perceived as a more pragmatic decision by the president. Moore, a controversial figure in Alabama who has a history of making politically incorrect remarks, is more of a Trump-style candidate, garnering the support of former White House officials Stephen Bannon and Sebastian Gorka. Conservative voters in Alabama have said they are suspicious of Strange.

Polls have shown that Moore is leading the election so far, although the contest appears to be tightening ahead of the runoff vote on Tuesday.

“Luther Strange has gained mightily since my endorsement, but will be very close,” Trump tweeted Friday. “He loves Alabama, and so do I!” 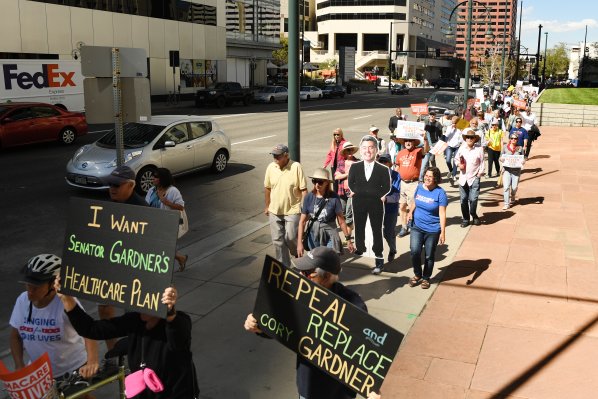 56% of Americans Prefer Obamacare to the New GOP Health Care Plan
Next Up: Editor's Pick