16 TV Shows That Deserve a Second Chance This Fall

Maybe you couldn’t get into the pilot episode. Maybe you stuck with a show for a season or two, but you gave up on it after too many twists and turns. Maybe you’ve just never heard of that streaming series that’s supposed to be better than anything on network TV. There are plenty of reasons you may be missing some of the best TV shows returning to broadcast this fall.

But do not despair. We have determined that these series — on their second, third or even 34th seasons (we’re looking at you, Survivor) — are worth watching this year. Looking for a comedy to distract you from the headlines? Check out You’re the Worst. How about a deliciously devious, binge-worthy drama? The final season of Scandal is waiting for you. Want something to watch this weekend? The Good Place is great. Or are you looking for a longer commitment that will take you to Thanskgiving? Try Outlander. We’ve got it all.

Here are 16 television series returning this fall that you really need to tune back into.

Sterling K. Brown in This Is Us
NBCU Photo Bank via Getty Images.

Why You Should Watch: This Is Us may have initially seemed like a tearjerker about a luckless family that’s still full of love. But the drama has developed into a thoughtful, award-worthy series thanks to excellent performances from the cast, especially Emmy winner Sterling K. Brown.

Why You Should Watch: The ABC show is ditching its many twists and cliffhangers for a more grounded, timely approach to politics, à la The Good Wife. In fact, the network has brought on a Good Wife vet to take over running the series starring Kiefer Sutherland.

Why You Should Watch: Who knew that a show about Archie and his gang could be so dark? This version merges teen drama with a murder mystery. The addictive, Twin Peaks-meets-Gossip Girl series leans into camp this season as it resolves a massive cliffhanger.

Why You Should Watch: The cast was always going to be great with Kristen Bell, Ted Danson and breakouts like William Jackson Harper and D’Arcy Carden. Still, NBC’s life-after-death comedy from the creator of Parks and Recreation could have been gimmicky. But a first-season twist boosted its IQ considerably.

Why You Should Watch: This one is for the romantics and costume drama lovers. The star-crossed couple at the center of Starz’s historic drama must travel across an ocean — and two centuries — before they can reunite.

Why You Should Watch: The long-running CBS reality show earned a positive review from our TV critic last season, who says that the series has become more inclusive (and more sensitive) than its peers. The TV show handled an episode in which a trans contestant was outed by a fellow castmember with surprising sensitivity.

Why You Should Watch: The family comedy has always been a deep, thoughtful series when it comes to issues like race, class and gender. But the Trump era has given the writers a host of new issues to tackle. If there’s a time to tune in with your family to black-ish, it’s now.

Why You Should Watch: The goofily dramatic meta-telenovela almost damned itself when the writers created two too-convincing love stories for Jane’s love triangle. But a neat writing trick in the third season hit the reset button for the TV show. The change has paid off so far, thanks in no small part to Gina Rodriguez’s charm.

Top of the Lake

Why You Should Watch: The first season of this mystery series, starring Emmy winner Elisabeth Moss, was a quietly brilliant piece of feminist filmmaking from creator Jane Campion. Now the Aussie has added Nicole Kidman and Game of Thrones‘ Gwendoline Christie to the gritty series as Moss’ detective investigates an illegal surrogacy ring.

Why You Should Watch: Do not be put off by the fact that BoJack is a show about a washed-up sitcom actor who also happens to be a horse. The critically acclaimed Netflix cartoon starring Will Arnett has become the most emotionally ambitious comedy on TV, perfectly meshing a deep dive into depression, loneliness and self-destruction with big laughs.

Aya Cash and Chris Geere in You're the Worst
FX.

Why You Should Watch: Focusing a show on terrible people is nothing new: Seinfeld made way for Always Sunny in Philadelphia and Difficult People. But You’re the Worst does more than just mock its jerks: It tackles their underlying issues, like mental health. The current season breaks new ground by splitting up its insufferable but ultimately lovable central couple.

Why You Should Watch: The tongue-in-cheek show is on a mission to send up every stereotype ever levied against women. Even if musicals aren’t your thing, it’s worth watching co-creator and star Rachel Bloom’s showtunes for their searing social commentary. Last season, delusional Rebecca’s dreams were shattered, so the show’s bound for a delightfully dark turn.

The End Is Nigh

Why You Should Watch: You may have dropped out of the twisty tale of D.C. fixer Olivia Pope when her on-again-off-again affair with the president took one too many turns. But as the hit Shondaland show draws to a close, the question of whether Olivia can truly rule the world hangs in the balance. In the trailer for the final season, Olivia’s father tells her she can’t have it all. Her reply? “Watch me.”

Why You Should Watch: The sitcom avoided the will-they-won’t-they cliché by breaking up its core couple in just the second season. Though daring at the time, the TV show has since failed to find as compelling a storyline as that of the central romance. Will Jess and Nick bend to convention in the end? Fans will find out as the show mimics Parks and Recreation and jumps years into the future for its final season.

Why You Should Watch: Mindy Kaling’s show about a rom-com obsessed doctor has been at its best not when it enlists dozens of famous guest stars, but when it forces fantasy to crash into reality. Mindy broke up with the father of her child and supposed soulmate when he didn’t support her career. But now that Mindy is married to another Prince Charming, it’s time to find out if she even wants a happily ever after.

Why You Should Watch: This series about the personal computer revolution of the 1980s stumbled in its freshman season. But the story got a major upgrade in the second season, and the show has since won critical acclaim and comparisons to its network predecessor, Mad Men. 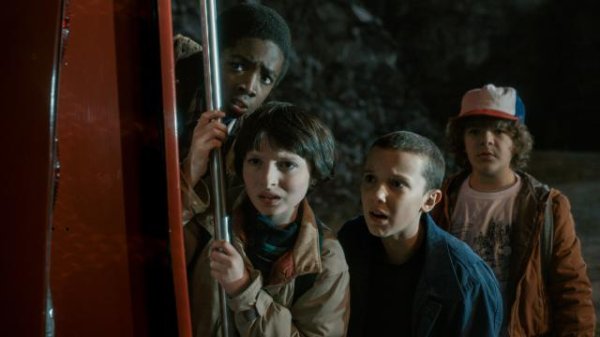 Here's What's Coming to Netflix in October
Next Up: Editor's Pick