While Jay Z has always taken an interest in politics — both he and wife Beyoncé campaigned for both Barack Obama and Hillary Clinton in past elections — he’s been particularly outspoken recently about causes he feels passionately about, whether it’s the war on drugs or jail system.

It appears that the Brooklyn rapper, whose real name is Shawn Carter, is now taking the same vocal approach when it comes to President Donald Trump and his administration. In an interview with BBC Radio 1 on Friday, he shared that he found the Trump presidency to be “a joke,” but that he remains hopeful looking to the future.

“I believe that we are resilient, especially us as black people and especially the culture. We’ve been through so much more than this guy,” Jay Z said. “This guy, I’m looking at him like, man, this is a joke, with all — I can’t even say with all due respect — with all disrespect.”

Jay Z pointed to an intersectional mindset when he talked about the current state of politics.

“Until everyone is free, no one is free,” he said. “Period. That’s just a fact. We are all linked some kind of way. So if you oppress a certain people, everyone is in danger, karmically and in real life. If I’m being oppressed and you have this big, nice mansion, I’m coming inside there. That’s gonna happen, that’s just how life is.”

However, Jay reiterated that he thinks that the current state of affairs, especially when it comes to racial politics in the U.S., will change in the future.

“I don’t think that this is happening if we weren’t prepared to handle it,” he said. “I’m just looking forward to what’s next after that, because usually when things are darkest, then light is on its way. I’m not fearful.” 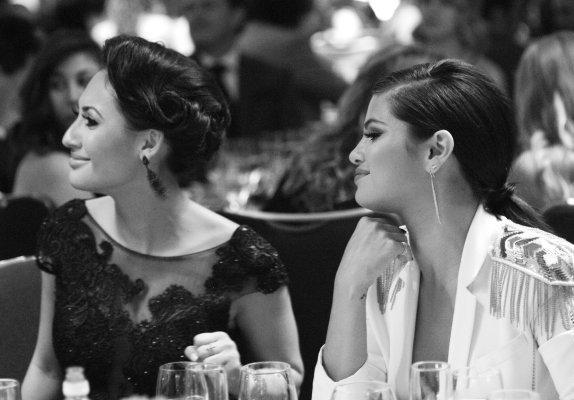 Selena Gomez's Kidney Donor Showed Off Her Surgery Scar on Instagram
Next Up: Editor's Pick