Worried About Getting Around London if Uber's Gone? Here Are 3 Alternatives

In this photo illustration, a smartphone displays the 'Uber' mobile application which allows users to hail private-hire cars from any location on June 2, 2014 in London, England. (Photo by Oli Scarff/Getty Images)
Oli Scarff—Getty Images
By Aric Jenkins

The news that London’s transportation agency declined to renew Uber’s operating license set off panic Friday as commuters could face the prospect of navigating without one of the city’s accessible forms of transport. But there are a few Uber alternatives in London for people who want to get around without their own car.

Unfortunately for riders, Lyft is not one of them, as it doesn’t operate in London. The Underground, the city’s subway system, is of course an option, though the London Tube does have limited service during the late-night hours. And while busses and bicycles are also an option, Uber users might be looking for an alternative closer to the Uber transportation model.

With that being said, here are three car-service apps you can use as an alternative to Uber, should the company’s appeal to the government fail.

Also known as Hailo before a merger last year, MyTaxi connects users to London’s iconic black taxicabs, which can be paid for with a credit or debit card through the app rather than with cash.

MyTaxi fares are typically more expensive than Uber, but the service has sparked intrigue this month by offering a 50% discount to woo customers back to the famed cabs. The app is available on both iOS and Android.

Gett has a pretty similar concept to Uber, but there’s no surge pricing in the event of high demand in the surrounding area. Plus, it can be used in other cities throughout the United Kingdom. Birmingham, Leeds, Glasgow, Liverpool, Edinburgh, Manchester, Coventry and Newcastle are all among the 19 cities the service operates in.

The Gett app is available on both iOS and Android.

Addison Lee is a comparable service to Uber that was used for years in London before Uber took over the market. The main difference? Luxury, and by proxy, price. Addison Lee is more of a premium service than a standard Uber or UberX, but it comes with perks like free Wi-Fi and in-car phone chargers.

It’s also fixed price from the start like Gett, so you won’t have to worry about a surge. The app is available on iOS and Android. 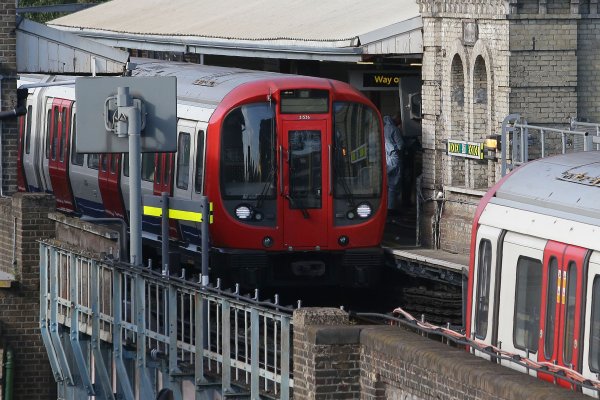 What to Know About the Explosion on a London Underground Train
Next Up: Editor's Pick