Dickon Tarly may have been burned alive by Daenerys Targaryen’s dragon following the Loot Train Battle in Game of Thrones‘ seventh season, but that isn’t stopping the actor who played him, Tom Hooper, from speculating about how the show will end.

In an interview with Be, Hooper revealed that he supports the idea that A Song of Ice and Fire will turn out to be a history of Westeros written by Dickon’s older brother Sam. “I like the Sam fan theory,” he said. “It’s that Samwell Tarly is narrating the whole thing, like it’s his story.”

John Bradley — who plays Sam — also offered his thoughts on this prediction post-season six. “One theory is that what we’re seeing now and how we’re experiencing Game of Thrones is Sam telling the story of Game of Thrones. If you take the logic of the story now, the story of Westeros and the story of the battle for the Iron Throne, it would be a book in [the Citadel] library,” he told The Hollywood Reporter last year. “It shows an incredible kind of long game, in terms of giving people drips of information and being brave enough to puzzle people for a while.”

Hooper went on to weigh in on how he believes the ongoing drama between the Lannister siblings will finally come to a head.”I think Jamie is probably going to end up killing Cersei,” he explained.

Thanks to the future foretold for Cersei by Maggy the Frog during a flashback in George R.R. Martin’s books, some Thrones fans have long suspected that Jaime will be the one to take out his twin sister. “And when your tears have drowned you, the valonqar [High Valyrian for ‘little brother’] shall wrap his hands about your pale white throat and choke the life from you,” the witch told a young Cersei.

We see you, Dickon. 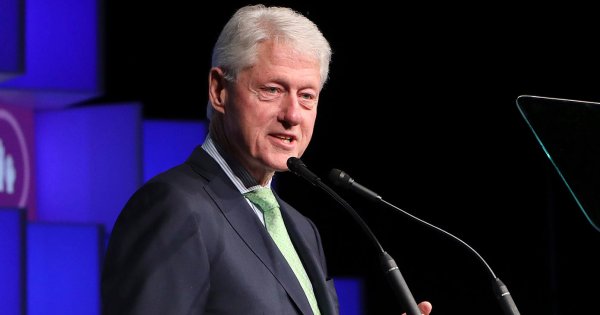 Showtime is Making Bill Clinton's First Novel Into a New TV Series
Next Up: Editor's Pick