Black cab drivers across London have welcomed the decision from London’s transport regulator not to renew Uber’s license in the city.

Transport for London (TfL) announced Friday it would not renew the taxi app’s license to carry passengers in the U.K. capital, accusing it of demonstrating “a lack of corporate responsibility in relation to a number of issues which have potential public safety and security implications.” Although Uber will be able to continue taking rides while it appeals the ruling, it could potentially be barred from the capital.

That spells good news for the drivers of London’s iconic black cabs. When the taxi app first arrived in London it was seen as a friendly competitor, according to driver Joe Payne, 47. But the lack of training and security checks was an immediate concern, he told TIME from his vehicle in central London. “We have studied for three years, we have bought a black taxi cab for £40,000. Then Uber come in and do what they want. We felt undermined and betrayed.”

“We’re not perfect but we’re definitely safer. We have all the training and if there’s a problem you can see our license number inside the cab.”

In its decision, the capital’s transportation authority Transport for London (TfL) cited the company’s “approach and conduct” on issues such as reporting criminal offenses and disclosure requirements. Last month an Uber driver was caught with a large sword outside Buckingham Palace and a report from London’s Metropolitan Police said that Uber had failed to report one of its drivers for sexual assault, leading to him going on to attack another person.

Payne blames the company and not the individual drivers for how the company operates. “A lot of their drivers have been taken for a ride, they work crazy hours for minimum wage. The drivers are not my enemy,” he said.

Another driver, Mitchell Ruff, 57, said that the decision was good for black cab drivers across London. “Mini cab offices all around London are finished,” he said adding that the battle wasn’t just between Uber and black cabs but more about how private firms operate in the city. “I think TfL have really stepped up to the mark to have the guts not to renew the license,” he said.

Under transportation rules in London, private taxi firms are only allowed to take passengers that have booked the vehicle in advance. Black cabs are the only taxis that are licensed to pick up passengers on the street.

English expressed fears that while Uber may eventually be taken off the road, another private app hire service will just take their place. Both Taxify and Lyft currently operate on London’s roads. The fate of the 40,000 drivers currently employed by Uber was of less concern to him, he said.

“They won’t lose their jobs. They’ll go back to the mini cab firms that they left. They jumped on the bandwagon and now the tables have turned. We had that concern five years ago when they were going to put us out of work,” he said. 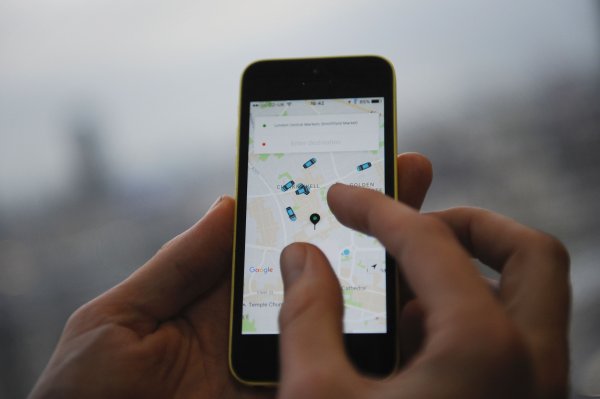 Uber Might Be About to Disappear from London
Next Up: Editor's Pick