Kim Jong Un Called President Trump a 'Dotard.' What Does That Mean?

“I am now thinking hard about what response he could have expected when he allowed such eccentric words to trip off his tongue,” Kim said in a statement from North Korea’s official Korean Central News Agency. “I will surely and definitely tame the mentally deranged U.S. dotard with fire.”

Following the release of the statement, Merriam-Webster said online that searches for the definition of the word dotard are “high as a kite.” According to Merriam-Webster, a dotard describes a person who is in a state of “senile decay marked by decline of mental poise and alertness.” 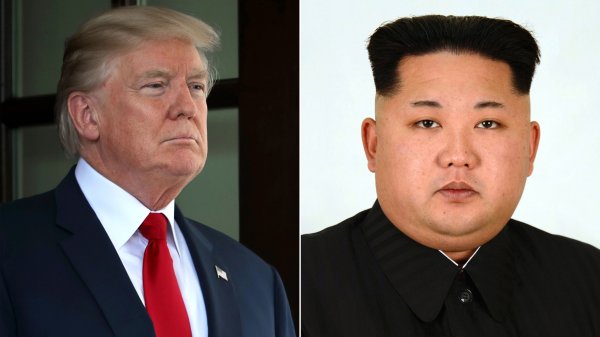 A Way Forward in the North Korea Crisis
Next Up: Editor's Pick