Aaron Hernandez Had CTE. How Much More Damage Can The NFL Take?

Is the chronic traumatic encephalopathy (CTE) diagnosis for Aaron Hernandez, the convicted murderer and former New England Patriots tight end who committed suicide in April while serving a life sentence, all that surprising?

Not really, given what we know about this degenerative brain disease. Several ex-NFL players (Junior Seau, Dave Duerson, Andre Waters, Ray Easterling) who took their own lives were diagnosed with CTE postmortem. CTE victims have struggled with impulse control, turned violent against their spouses, abused drugs, raged and acted irrationally. In 2012 Kansas City Chiefs linebacker Jovan Belcher, who had CTE, killed his girlfriend before shooting himself.

Still, for anyone who appreciates the artistry of football, this latest CTE finding is chilling. In a statement, Boston University’s CTE Center said that neuropathologist Dr. Ann McKee found a “severe deposition” of tau, a protein that kills brain cells, in the frontal lobes of Hernandez’s brain. The Hernandez family is suing the NFL and the New England Patriots; Jose Baez, who represented Aaron Hernandez at a separate double murder trial — Hernandez was found not guilty in April — said Hernandez played pro football because the NFL led him to think the game was safe. “Those representations turned out to be false,” Baez said.

You wanted to completely separate Aaron Hernandez, the deplorable person who committed a heinous crime in killing Odin Lloyd in 2013, from the game that made him millions. Pinning his behavior on the sport had to be a cop out.

Unfortunately, it no longer is.

Given these findings, it’s plausible that Hernandez’s damaged brain contributed to his repugnant behavior. Plausible: that’s all. We know that CTE is associated with the repetitive trauma sustained in football. We know that CTE symptoms include irritability, depression, lack of impulse control. But what role does CTE play in an individual’s decision to commit suicide, or a murder? How much of those fatal decisions are due to brain damage, or genetics, or circumstance, or something else? We don’t know, and likely never will.

Did Hernandez’ damage swell in the four years between Lloyd’s murder and Hernandez’s prison suicide? That’s another unanswered question.

Still, the pairing of Aaron Hernandez and CTE is yet another stain on football. His case shows you don’t need to play for long in the NFL — Hernandez’s career ended when he was 23 — to sustain damage. Plus, there have been many alarms about football safety over the recent months. In July, the Journal of the American Medical Association published a study in which researchers examined the brains of 111 deceased NFL players; 110 of them, or 99%, had CTE. Just this week, a study in the journal Nature’s Translational Psychiatry found that among of sample of 214 former high school, college, and professional players, playing tackle football before the age of 12 increased the odds of problems with behavioral regulation, apathy and executive functioning later in life by twofold, and the odds of suffering symptoms of depression threefold.

Among worries about football safety, opposition to both peaceful national anthem protests and Colin Kaepernick’s continued unemployment, and complaints about quality of play, NFL TV ratings — which already suffered an overall decline a season ago — continued to trend downward during first two weeks of the 2017 season.

Around the middle of the last decade, before science started pinpointing the subtle dangers of head hits, before the class-action concussion lawsuits and sorted contretemps around the proper NFL punishment for domestic violence incidents, football was the unquestioned king of American sports, and still on the upswing. Now, we know that Aaron Hernandez had CTE. Those days never seemed further away. 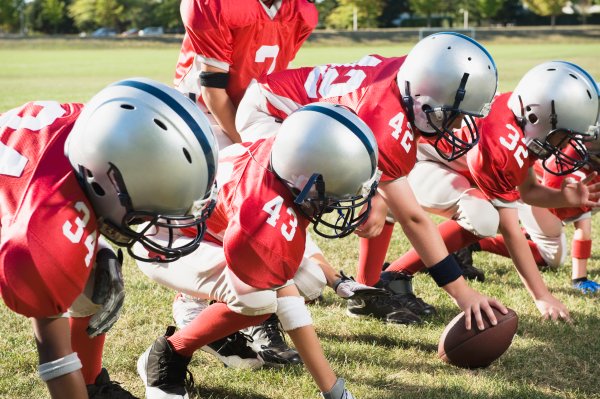