Employees work on the product line of solar panel at a solar panel factory in Lianyungang, China.
VCG—VCG via Getty Images
By Justin Worland

The future of solar power in the U.S. was thrown into question Friday by a closely watched federal ruling. The International Trade Commission, an agency that advises on some trade issues, ruled that Chinese solar panel imports threaten American manufacturers, giving the White House authority to impose a tariff on imports of solar panel. Such a measure would dramatically increase the cost of solar panels in the U.S., making the electricity source less competitive with fossil fuels like natural gas and coal.

The case was brought by two U.S. solar panel manufacturers — Suniva and SolarWorld — that have struggled to compete in recent years as Chinese manufacturers slashed solar panel prices and U.S. energy companies bought and installed them. “Without temporary relief, there will likely be no existing American [solar] cells or modules industry within a short period of time,” wrote Suniva in a federal complaint. “Relief is necessary to prevent the permanent loss of a competitive domestic industry.”

While the ruling could protect American solar panel manufacturers from foreign competition, it could also threaten other sectors of the solar power industry — and renewable energy in the U.S. as a whole. Thousands of Americans rely on the solar industry for jobs installing, repairing and operating solar panels, whether those panels are made in the U.S. or not. The Solar Energy Industries Association (SEIA) has claimed that a tariff could cost 88,000 U.S. solar jobs of more than 250,000 employed in the industry. (Solar panel manufacturing accounts for about 8,000 of those 250,000 jobs.)

“If you were to double the price of a solar module, it would have massive negative impacts for 99% of the solar supply chain,” said Amy Grace, head of North American research at Bloomberg New Energy Finance, a research firm, before the decision. “You would be cutting off your entire body to save your pinky.”

The decision on whether to impose a tariff now falls to the Trump administration. And while President Trump has not yet said what he will do, many observers expect him to impose a harsh tariff, based on his repeated questioning of free trade, barbs directed at China and promise to restore American manufacturing. Still, that move would face major pushback from conservative groups like the Heritage Foundation and the American Legislative Exchange Council (ALEC), which have publicly opposed a solar tariff. A bipartisan group of governors has also raised concerns about the effect of a tariff on jobs in their states.

“Tariffs today would amount to nothing more than a crony capitalist giveaway,” conservative groups including Heritage and Alec said in a September open letter. “They would be paid for by crippling an otherwise growing domestic solar industry.” 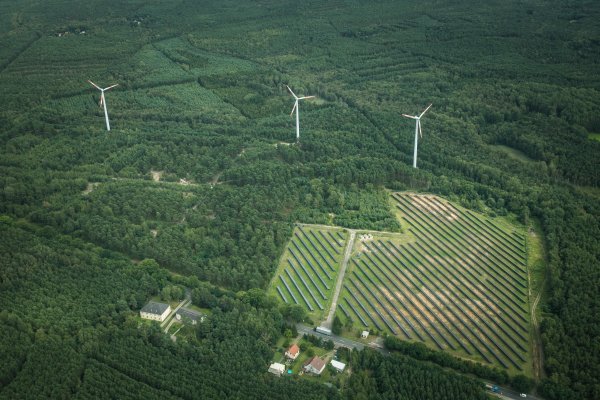 Al Gore and Jerry Brown on America’s Renewable Future
Next Up: Editor's Pick