Why Kids Love Being Scared, According to a Famous Children's Author

Sandra Boynton, the creator of an empire built on whimsical greeting cards (by some estimates she has sold more than 500 million) and board books, has in more recent years branched out into kids music. She specializes in the type that doesn’t want to make parents shoot their sound systems, and that often features singers that parents are already fans of, including Meryl Streep and Kevin Bacon.

Her most recent album Hog Wild!, for example, features Samuel L. Jackson as a Tyrannosaurus Rex. (A video of the song with Boynton’s iconic drawings is above.) All the artists’ and Boynton’s royalties go to Paul Newman’s Hole in the Wall Gang Camp. She talked with TIME about how to tap into kids’ imaginations and how to make thing scary things less threatening for them.

In your years of writing and illustrating children’s books, have you noticed anything that really sparks a child’s imagination? I think maybe there’s no basic difference between what captivates a child and what captivates the rest of us. We’re all drawn to things that wake us up, things that grab our attention through our hearing or our sight or our sense of touch. We’re curious about the world as it is, and we’re curious about what could be. Imagination follows curiosity pretty naturally.

It doesn’t feel to me like it’s been a long time that I’ve been drawing and writing things. It doesn’t feel like a short time, either. It just feels like what I do. I make things. I’m a perpetual Kindergartner, I guess. It’s a good gig.

You often take a threatening figure like a Tyrannosaurus Rex or a monster and make him cuddly. Do you have any suggestions for how to make children less afraid of things? Actually, I think kids kind of like being afraid of things, as long as someone calm is right there with reassurance. Snuggling helps.

Is there any creature you can’t make un-scary? Oh, it’s easy. Take a set of eyes from any of my drawings and put them on the face of pretty much anything. Poof. Cute mosquito.

What have you learned about childhood from writing kids’ books? Accessing childhood has actually never been that hard. It’s adulthood that’s still perplexing. I would guess that most children’s book writers are that way. I’m really writing books and making music for my own child-self. But I’m certainly delighted and grateful that my books work for people other than just me. It keeps me from having to find an actual job.

Have you ever been surprised by a character or a response to a character? The response to But Not the Hippopotamus floors me. It’s often described as a book about exclusion. But it’s not. It’s about self-exclusion. And, even worse, there are these random armadillos knocking on my door day and night, demanding to know why the armadillo was excluded at the end. He wasn’t. I’ve finally capitulated and written the long-awaited sequel, which has the surprising title But Not the Armadillo. Its release next summer will completely upstage Game of Thrones Season 8.

A lot of authors are worried that children spend too much time on digital devices rather than with books, but you seem to have embraced it. Why? When the interactive book app universe was new, I was, as a creator of things, curious. My background is theater, and I thought it could be interesting to try to figure out how to create content that’s both theater-like and book-like. I found a superb partner in this, the insanely ingenious Loud Crow Interactive in Vancouver. We worked intensively together for a couple years and made five very cool apps. I’m proud of them. But now, having too often seen very young kids sitting eerily inert, staring at screens, I have my doubts.

Did you write the part of the dinosaur specifically for Samuel L. Jackson? When I write a song, I often hear a particular person in my head performing it. That actually helps with the writing, in really interesting ways. As I wrote “Tyrannosaurus Funk,” the T. Rex voice quickly became Samuel L. Jackson to me — a very cool, wry, confident guy. It’s why the song is half-spoken, half-sung: it’s an actor’s song. But of course I never imagined it would actually be Samuel L. Jackson who would perform it. I spent the whole session secretly stunned. 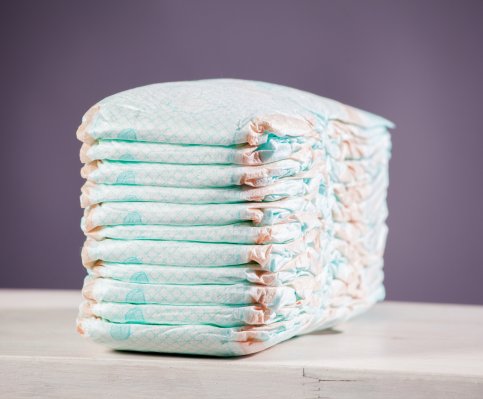 How to Potty Train a Toddler in 22 Easy Steps
Next Up: Editor's Pick