Review: Grace and Gumption in Alice McDermott's The Ninth Hour

Not much happens to the Little Nursing Sisters of the Sick Poor, the stars of Alice McDermott’s new novel The Ninth Hour — they live to serve others. But plenty has happened to those in their care. These nuns in early — 20th century Brooklyn help people in rock-bottom situations: a woman who’s lost her leg to a rabid dog, children with life-threatening illnesses, a wife whose husband commits suicide while she’s pregnant. This last case is Annie, an Irish immigrant who came to America for the man who would eventually widow her. When their daughter Sally is born, the sisters give Annie a job in the convent’s laundry, and the twosome become lifelong associates of the nuns.

The job is a life raft — little Sally has supervision down in that laundry room from infancy through adolescence, first swaddled on a rug on the floor, and later accommodated with a desk to do her homework. But it’s a brutal way of life for Annie and the nun who oversees her, Sister Illuminata, filled with harsh detergents and scalding irons. In this world of severe physical realities, the simplest comforts are sublimely felt. One nun finds happiness in the green smell that comes off a basket woven from unblessed palms when her own body heat warms it up; another tells a group of children that arriving in heaven will be like taking off an itchy, too-tight wool coat: “When you finally get the old thing off, the air in this house will feel as cool and as sweet as silk on your skin, won’t it? It will feel like cool water on the back of your neck and on your wrists … That’s how you’ll feel when you get to heaven.”

It’s very much in doubt whether all of these characters will get to heaven — including the dead father, whose suicide bars him from burial in hallowed ground. Sin and virtue drive the novel, and though several characters commit serious transgressions — at least in the eyes of the church — they are more often motivated by love than hate.

McDermott, who frequently writes about Irish-American communities, has as much affection for her characters as they have for one another. Although the plot can be bleak, it offers just enough warmth to nurture hope. The nuns are full of solutions — practical ones, and sometimes superstitious ones — to keep people moving through crises, “one foot in front of the other” as the elderly Sister St. Savior puts it. Watching a pregnant Annie clutch at her hair immediately after her husband’s death, Sister St. Savior gently “moved Annie’s hand from out of her hair–it was a mad, dramatic gesture that would lead to mad, dramatic speech — and placed her fingertips once again on her middle, where her thoughts should be.”

McDermott’s That Night, At Weddings and Wakes and After This have made her a Pulitzer finalist three times over. She is a poet of corporeal description; Sally’s faint freckles, for instance, are “beneath the surface of her skin, as if under a milky veil.” But it’s the way she marries the spirit to the physical world that makes her work transcendent. “Down here,” says Sister Illuminata, “we do our best to transform what is ugly, soiled, stained, don’t we? We send it back into the world like a resurrected soul. We’re like the priest in his confessional, aren’t we?”

For each other, these women may actually serve a higher function than a priest in his confessional. They keenly understand suffering, and do what they can to alleviate each other’s. The Ninth Hour is a story with the simple grace of a votive candle in a dark church. 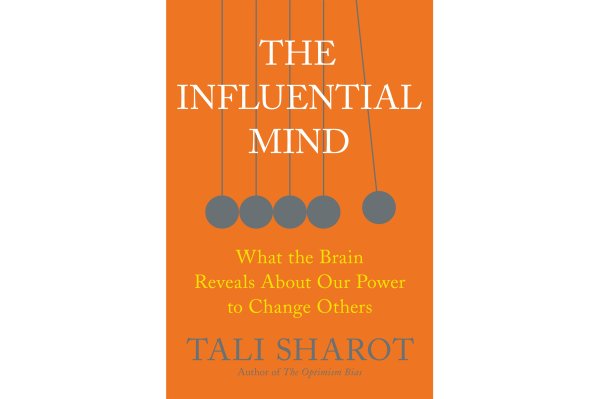 Emotion, the Great Manipulator
Next Up: Editor's Pick