This fall, three new network shows look at different aspects of the U.S. military: NBC’s The Brave is about undercover specialists; CBS’s SEAL Team is about a SEAL team; and the CW’s Valor, true to the soapy network’s form, is about torrid drama on an Army base. All three share dialogue rich in technical jargon–on both SEAL Team and Valor, characters refer pointedly to “helos,” instead of helicopters. All three share the same antagonist: the global spread of ISIS. And, unfortunately, all three share a shallow take on American righteousness.

Take the first episodes of The Brave and SEAL Team, both of which get their charge from overseas kidnappings of blond American women. “We are fighting people that want to wipe us off the planet,” Anne Heche, as deputy director of the Defense Intelligence Agency on The Brave, intones. “That means we have to be as ruthless as they are.” Later, another character provides his own take: “I’m not saying I’m gonna enjoy killing these guys, but you kidnap a woman, you get what you deserve.” SEAL Team takes much the same tack toward its villains.

These shows seem to be trying to provoke a vengeful growl from the audience. Homeland, in its lesser moments, had similarly nasty paranoid outlines. But that show has been more adept at moral ambiguity. On SEAL Team, meanwhile, lead David Boreanaz jokingly pretends to find it racist when another character compares Liberia to the postapocalyptic film Mad Max. On Valor, the show most concerned with the human side of war, pilot Nora (Christina Ochoa) keeps a doll in the cockpit: “It was a gift from a little Afghan girl. She said that until me, she didn’t know women could be soldiers.” These characters generally don’t have the time or inclination to care about pieties, unless those pieties can be spun in self-aggrandizing ways.

We are living in the longest period of war in American history and, watching the new TV season, one might think the grinding nature of the conflict has made meaningful storytelling about it impossible. War provides an innately compelling hook for these shows, but there’s something unpleasant and hectoring about how bluntly incurious they are about what it might all mean. They seem satisfied to prove a case with which so many will easily agree: that the military comprises hardworking people, that global terrorism is bad. But true patriotism means wanting one’s own homeland to be the best it can, not just repeating three times a week in prime time that it already is. 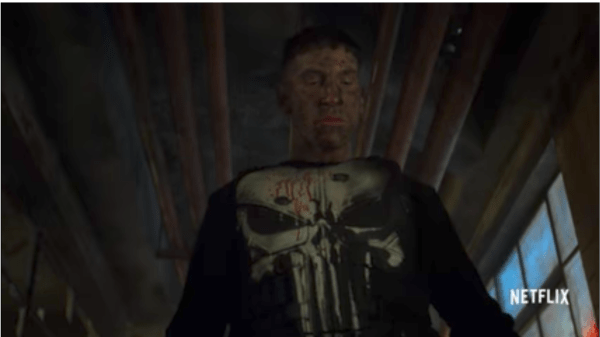 Netflix Debuts the Bloody, Intense Trailer for Marvel's The Punisher
Next Up: Editor's Pick