A Child Survives the Khmer Rouge

Some movies are just a tough sell, and you could be forgiven for shying away from a story about the horrific reign of the Khmer Rouge as seen through a child’s eyes. But Angelina Jolie’s First They Killed My Father: A Daughter of Cambodia Remembers, adapted from Loung Ung’s 2000 memoir of the same name, is made with so much care and acumen that there’s no reason to fear it.

The picture opens with just a hint of the nightmare to come: the 5-year-old Loung (played by the subtly expressive young actor Sareum Srey Moch) and her family heed the regime’s orders to leave their comfortable Phnom Penh household and head, supposedly temporarily, for the countryside. Loung’s gentle, generous father (Phoeung Kompheak) is a government official, and that’s dangerous. The new order makes literacy, and even the act of thinking for oneself, a criminal offense.

Jolie is attuned to America’s role in the rise of Pol Pot and his regime, and she uses vintage news clips of Nixon doublespeak to skim through the horrific history of the U.S. military’s bombing of Cambodia, initiated in 1969. But her real focus is Loung’s experience–her hunger, her fear and especially her eventual training as a child soldier. When Loung is taught to plant mines in the forest, she watches her teacher’s precise technique with a child’s inquisitiveness–but the delicacy of Sareum Srey Moch’s performance shows that this kid is not buying the goods.

Jolie knows how to dramatize the actions of a brutal regime–and, more specifically, their effects on children–without brutalizing the audience, and she’s perceptive about the way nature can be a salve in the worst of times. Sometimes the color of the sky at night is the only thing to hang on to. First They Killed My Father is a sensitively rendered account of one child’s real-life experience, but its broader implications are noteworthy too. This is what can happen in a country ruled by a despot who doesn’t want people to read. 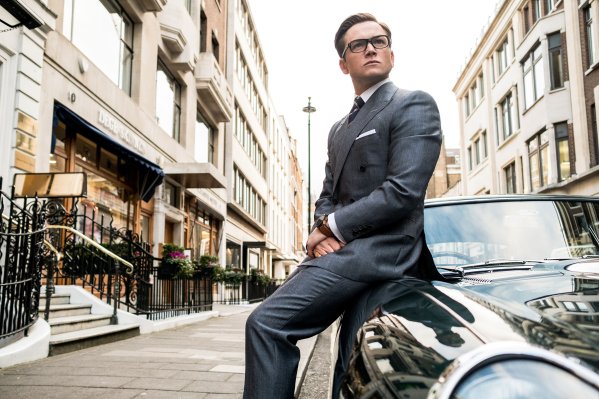 Return of the Kingsman
Next Up: Editor's Pick