Researchers are finding ever more powerful ways to use the genome editing tool CRISPR. In the latest, a UK group used the technology to remove a critical gene needed for human development in order to learn more about the earliest steps of how embryos form.

In a paper published in the journal Nature, Kathy Niakan, group leader from the Francis Crick Institute, and her colleagues snipped out one gene from the genome of a one-celled, just-fertilized human egg. CRISPR is the most precise genome-editing tool scientists have at their disposal, and it accurately spliced out the gene in 80% of the 41 embryos tested. Niakan focused on this certain gene, called Oct4, because previous work on mouse embryos showed that it was an essential gene for development of the mouse.

When Niakan removed the gene in the human embryos, the majority of embryos failed to develop to the eight-celled blastocyst stage after seven days: a crucial stage from which the essential elements of the placenta and the embryo proper form. Only 19% of the embryos did, which suggests that Oct4 is a critical gene for regulating early development.

The study is the first to use CRISPR to learn about the function of a gene by deleting it and studying the effects. Last month Shoukhrat Mitalipov, from Oregon Health & Science University, reported the first use of CRISPR on human embryos to correct a genetic defect, for a heart abnormality.

Niakan says that her study showing that CRISPR can successfully delete a gene opens opportunities for studying exactly what function genes have. When they’re not there, scientists can learn what processes suffer from their absence. In the current study, for example, it’s clear that Oct4 is an important gene for helping human embryos develop normally. Not only did the blastocyst not form in the majority of embryos that had CRISPR editing, but there were also differences in the placenta-related cells, as well. Oct4’s role in placenta development was not known before Niakan’s study. “We never would have gained that insight had we not studied the function of the gene in human embryos,” she says.

The knowledge could contribute to better ways of nurturing embryos created during in vitro fertilization (IVF) and to enhance successful pregnancies. In most IVF procedures now, says Niakan, only about half of fertilized eggs reach the eight-cell blastocyst stage at which the embryo proper starts to develop. Of those that do make it that far, only half successfully implant in the uterus, and a fraction of those develop further so that only about 12-13% of fertilized eggs grow beyond three months. It is possible that the reason why some of those embryos fail to develop is because Oct4 isn’t working properly, and there may be a simple molecular test that could distinguish which embryos are most likely to develop normally.

Currently, technicians rely on the shape of the days-old blastocyst, but having a more reliable way to determine if the embryo is healthy would vastly improve on IVF results. “We could maybe use a test of the protein that the embryos secrete into the media, and not manipulate the embryos at all, to increase IVF clinical rates,” says Niakan.

MORE: CRISPR May Work On Way More Diseases Than We Think

Other ways the work might be useful in IVF is by identifying chemicals Oct4 is supposed to be making but isn’t, or by removing things that the defective Oct4 is making that prevent the embryo from growing.

Those advances are still many years away, says Niakan. First, she and her team are eager to better understand exactly how Oct4 is working in the first days of embryo formation, and they want to further explore how it affects placenta development as well, since that’s a new role that the CRISPR embryos revealed. “That role is so different from what we would have predicted that it’s a super exciting part of the research for me,” she says. 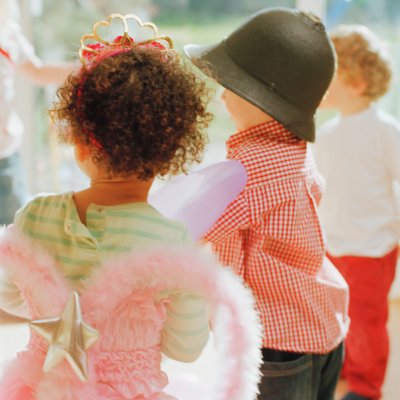