This undated photo shows the death chamber at the Georgia Diagnostic Prison in Jackson, GA.
Erik S. Lesser—Getty Images
Ideas
By Shane Claiborne
Claiborne leads The Simple Way in Philadelphia and is co-founder of Red Letter Christians; his latest book is Executing Grace: How the Death Penalty Killed Jesus and Why It’s Killing Us.

It seems pretty clear that an African American isn’t going to get a fair trial from a juror who calls him a “nigger.” And yet that’s what happened in the case of Keith Tharpe, who Georgia will execute on September 26 for the murder of his sister-in-law, unless the Supreme Court decides otherwise.

The fate of Keith Tharpe was entrusted into the hands of a juror who was unconvinced he, as a black person, had a soul. This seems to fall short of the “impartial jury” guaranteed by the Sixth Amendment of the Constitution.

In 1998, lawyers seeking to appeal Tharpe’s 1991 conviction interviewed a juror in Tharpe’s case named Barney Gattie. In their discussion, which the attorneys documented in an affidavit that he confirmed and initialed (though later contested), Gattie claimed there is a difference between “good black folks” like the victim’s family and “niggers,” and says that he voted for the death penalty because he considered Tharpe the latter. He talked about kicking “niggers” who “act up” out of the store he owned in the same small town where the crime happened. He randomly chimed in on the O.J. Simpson case, contending that the “white woman… wouldn’t have been killed if she hadn’t have married that black man.” He said he “wondered if black people even have souls.”

When it comes to the death penalty, we sometimes claim to be killing the worst of the worst. But the truth is that we are killing the poorest of the poor and disproportionately people of color. Tharpe’s limited financial resources (an aunt has said that as a child his family was too poor to buy “proper food” or even a crib) led to horrifyingly uninformed and unconcerned legal representation. He is also intellectually challenged; he has an IQ of 74, putting him in the lowest 1–2% of the population.

The surest determinants of who gets executed are not the atrocity of the crime but arbitrary things like the resources of the defendant, the race of the victim — and in this case, the zip code in which the crime occurred.

It’s important to remember the trial of Keith Tharpe took place in Georgia. The roots of the death penalty are embedded deep within the horrific history of lynching. As lynchings decreased, legal executions increased. Meanwhile, as civil rights leader Bryan Stevenson recently wrote: “Many defendants of the era learned that the prospect of being executed rather than lynched did little to introduce fairness to the outcome.” Two-thirds of those executed in the 1930s were black. As African Americans fell to 22% of the South’s population by 1950, they made up 75% of the executions. And today — 2017 — even though African Americans make up only 13% of the nation’s population, 43% of death row is black, and 35% of those executed since 1976 have been black.

Former Confederate states are keeping the death penalty alive in America. Where lynchings happened 100 years ago is where executions happen most often today.

Last year, Georgia had more executions than any state in America — and alone constituted almost half of the executions in the whole country in 2016. It’s also true that Georgia had the second-most lynchings in the country from 1877–1950, with 589 documented cases. The legacy of slavery remains intact.

Tharpe’s case is the latest evidence of how unaffected our criminal justice system has been by the Civil Rights Movement, especially when we consider racial bias during sentencing. But do not consider his case exceptional.

Only a year ago, the Supreme Court allowed the 2016 execution of another Georgia man named Kenneth Fults, in which one juror deciding that case, Thomas Buffington, said in a sworn 2005 affidavit: “I don’t know if he [Kenneth Fults] killed anybody,” but the death penalty is “what that nigger deserved.” He was executed nonetheless.

In the 1997 Texas case of Duane Buck, a defense psychologist testified that Buck was more likely to commit future acts of violence because he is black. He literally argued race is a determinant of future dangerousness. Thankfully, a few months ago, the Supreme Court ruled in favor of Buck, opening the door to a new sentencing trial. The Court record reads: “Our law punishes people for what they do, not who they are.”

Hopefully, Tharpe will live because of that understanding.

But America’s highest Court must act quickly to save Tharpe’s life. In the racially charged case of Pena-Rodriguez v. Colorado, the Court made a strong statement that when clear evidence of racial bias during jury deliberations emerges after the trial, the right to a fair trial overrides state rules protecting juries from review. This is the case for Tharpe. Georgia law prohibits courts from admitting or considering juror testimony that would “impeach” the verdict. It doesn’t care if there is clear evidence that jurors are racist if such evidence would undermine the verdict and require a new trial — even if those jurors question if black people have souls.

Tharpe’s attorneys argue that in light of the Buck decision and the Pena-Rodriguez case, the courts must remove these procedural obstacles and consider that his case was “fatally tainted by racial bias,” as so many others have been for centuries. They are right. The Supreme Court should protect a man with intellectual disability from being sentenced to death by a jury containing a man whose agenda was racism, not justice. 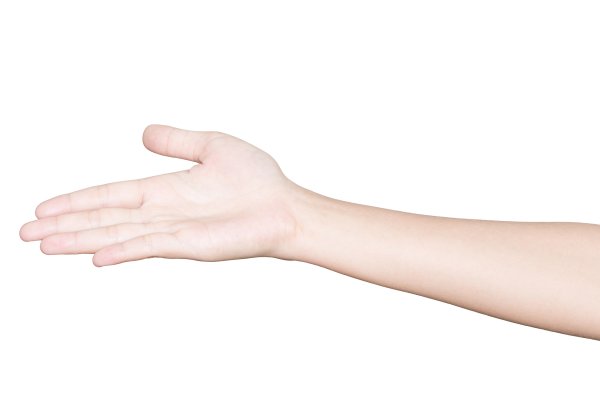 This Quora Answer Is the Perfect Metaphor for White Privilege
Next Up: Editor's Pick