Video recorded after a devastating earthquake struck Mexico shows the aftermath of a school collapse that killed at least 21 children and four adults.

In the footage, spectators stand around the wreck of the building visibly shocked, screaming and shouting. Children can be heard crying in the background.

Sounds were heard coming from the rubble of the Enrique Rebsamen school early Wednesday morning, the Associated Press reports. But rescuers couldn’t tell if they were calls for help or the noise of the concrete shifting after the earthquake.

One rescuer, 29-year-old Pedro Serrano, told the AP that he had crawled into the building to attempt to rescue people, but found only dead bodies. “We can hear small noises,” Serrano said. “We don’t know if they’re coming from above or below — from the walls above (crumbling), or from someone below calling for help.”

At least 225 people are confirmed to have died in the 7.1 earthquake that struck Mexico City on Tuesday. 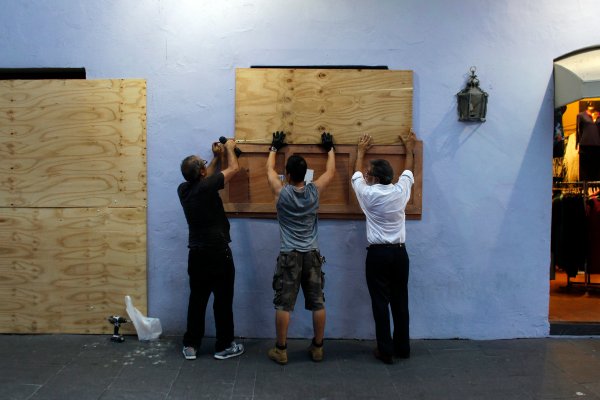 This Is Where Hurricane Maria’s Path Is Headed After Puerto Rico
Next Up: Editor's Pick