You Shouldn't Care How Stocks React to Donald Trump

A television monitor shows President Donald Trump after he signed four bills that reverse Obama-era regulations and rules on education, land use and federal purchasing, on the floor of the New York Stock Exchange on March 27, 2017 in New York City.
Drew Angerer—Getty Images
Ideas
By Eli Cook
Cook is an Assistant Professor of American Capitalism at Haifa University and the author of The Pricing of Progress: Economic Indicators and the Capitalization of American Life.

Many reasons have been offered up for Donald Trump’s shocking ascent to the Oval Office. A list of the leading causes would likely include globalization, white resentment, working-class revolt, anti-immigrant nativism, reality TV and social media. Yet ironically, the most obvious aspect of Trump’s personal biography and pubic image has been mostly disregarded when explaining his victory: To most of the 62 million men and women who voted for him, Donald Trump has always been, first and foremost, a billionaire businessman.

Since the early twentieth century, Americans have come to value social progress and personal well-being in units of money. Progress became priced. As this happened, making money became the standard measure for valuing not only our assets and investments but our environment, our nation and even ourselves. American prosperity is now often gauged in dollars and cents; net worth has become almost synonymous with self-worth.

This pricing of progress played an important role in Trump’s election. Behind all the bluster and bravado, Trump often ran on a platform that presented America as a business investment. Unlike all those incompetent politicians and bureaucrats in Washington, the pitch went, Trump was a deal-making billionaire capitalist that would run the government like he ran his real-estate portfolio. As Americans have been bombarded for decades by economic indicators that taught them that their society’s top priority was its bottom line, this was a relatively easy sell for Trump, a gifted salesman.

Since the election, as Trump’s presidency quickly floundered amidst Russian scandals and discriminatory policies, he has leaned on the pricing of progress even more. For an alleged anti-elitist populist who supposedly despises statistical facts and expert knowledge, Trump sure does tweet a lot of Bloomberg-console data on corporate profits, manufacturing indices or business confidence. His most recurrent tweet involves citing the stock market and how the continuous rise of corporate wealth undoubtedly reflects the equally improved state of the American people. “Since November 8th, Election Day,” Trump tweeted out in typical fashion on July 3rd, “the Stock Market has posted $3.2 trillion in Gains and consumer confidence is at a 15 year high. Jobs!” In his first address to the U.N. General Assembly, he quickly brought up that “the stock market is at an all-time high, a record.”

For Trump, clinging to economic indicators such as the Dow makes perfect sense. While a significant majority of Americans do not approve of the 45th President, the stock market surely does. On the day after the election, when many assumed the economy would crater, the Dow jumped 257 points after being flat for months. As Trump’s almost weekly tweets make sure to remind us, it has been rising ever since. Referred to as the “Trump Bump,” the Dow has climbed almost 4,000 points since that fateful Tuesday in November, a staggeringly quick 22% increase. Most other mainstream economic indicators have also fared well under Trump, as Gross Domestic Product estimates were revised sharply higher in the second quarter of 2017, matching the highest growth rate since early 2015.

But there is danger in valuing American society solely through the eyes of a profit-seeking investor. On June 1st, Trump announced that he was withdrawing from the Paris climate accord designed to slow global warming and, hopefully, save the planet. The backlash was immediate and widespread as citizens of the world condemned Trump’s decision. That day, the Dow went up 136 points. As the ocean floor continues to rise at an alarming rate due to man-made global warming, it appears that the leading economic indicators might just go up along with it. I am not sure if this is what adherents of GDP growth had in mind when they coined the term “a rising tide lifts all boats.”

The Trump Bump should not come as a surprise. As the Paris accord withdrawal suggests, if one measures success only in terms of corporate gains, financial returns or even GDP, many of Trump’s troubling policy proposals begin to look pretty good, be it his tax cuts for the rich, cancellation of health insurance for the sick and elderly, deregulation of the finance and energy sectors, privatization of American infrastructure or disregard for Big Pharma’s price-gouging.

Unlike us humans, “the market” is essentially a sociopath. It cares little for issues of social justice so long as they do not disrupt income flows. The moral controversies surrounding Russia, Trumpcare, immigration or white supremacy that have easily turned Trump into perhaps the least popular president of all time are mostly made invisible if one only measures the world in units of money. Add to this the fact that, according to 2012 calculations from Berkeley economist Gabriel Zucman, over 40% of the stock market is owned by the top 1% of wealthy Americans, and it is clear why the Dow and the Donald have become bosom buddies.

There is, however, a silver lining to this story: Hopefully, the widening schism between Trump’s approval ratings and leading economic indicators will serve as a wake-up call for the American people. Until the late nineteenth century, most Americans rejected the pricing of progress. They preferred valuation techniques that better reflected their values. For much of that century, the leading metrics were “moral statistics” which, while far from perfect, measured the physical, mental and spiritual well-being of the American people. It is time we did the same, turning our attention towards indicators that measure loneliness and community, mass incarceration and drug addiction, urban poverty and class mobility, mental stress and job security, human dignity and social inequality, racial justice and gender equality, environmental protection and global sustainability. 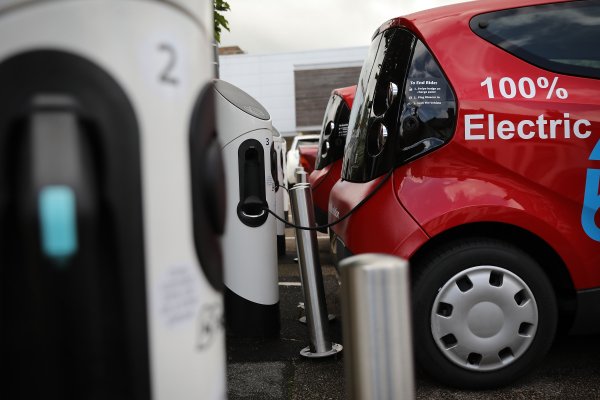 The Dark Side of Electric Cars: Exploitative Labor Practices
Next Up: Editor's Pick