The It Creators Want to Remake Another Stephen King Movie

In addition to developing a sequel to the horror hit, focusing on the adults who return to finish off the shapeshifting entity, director Andy Muschietti and his sister, producer Barbara Muschietti, have another King classic they’d like to adapt.

They’d like to breathe new life into Pet Sematary.

The novel was previously adapted into a 1989 film starring Dale Midkiff and Denise Crosby as the young parents who move in next to a busy country road and a woodland burial ground, where the dead don’t rest in peace. The late Fred Gwynne (pictured below) played kindly neighbor Jud Crandall, who knows secrets about those woods that he probably shouldn’t have shared.

That movie was a hit that kicked off a resurgence of King adaptations, just as It has now. For the Muschiettis, Pet Sematary would be next on their wish list after wrapping up the tale of Pennywise and his decades-long battle against the kids of the Losers Club.

“My affection for Pet Sematary will go on until I die,” Andy Muschietti tells EW. “I will always dream about the possibility of making a movie.”

“We’ll see who gets to it first,” Barbara Muschietti says. “But it is the first Stephen King book that we read, and it’s something that has been a great love, because it is possibly King’s most personal book. You can imagine his young family. What will you do to be able to keep your family? How far would you go?”

A few efforts have been undertaken over the years to launch a remake, but nothing has come together yet.

“I really hope we can do it. But if we do it, we have to do it justice, like we did with It,” Barbara Muschietti says. “The versions we read in the past years, the scripts we’ve read, have not been, in our opinion, representative of the book.”

Other directors have also expressed interest.

Guillermo Del Toro counts Pet Sematary as a favorite, and in 2015 tweeted that he “would kill to make it on film.”

For now, as they await the green light for It: Chapter Two, the Muschiettis are moving on to someone else in the King family: the novelist’s son, Joe Hill, and a TV adaptation of the graphic novel Locke & Key, which Hill wrote and artist Gabriel Rodriguez illustrated.

Hulu has commissioned a pilot, which Andy Muschietti will direct and Barbara will executive produce, with Lost and Bates Motel‘s Carlton Cuse as showrunner.

The story focuses on three siblings who move into an old home after the death of their father. Within the home, there are mystical keys that unlock other worlds and hidden powers.

“It’s a very cool story, and it’s an amazing comic book and family drama, but also a crazy horror mystery and fantasy,” Andy Muschietti says. “There are scoops of everything.” 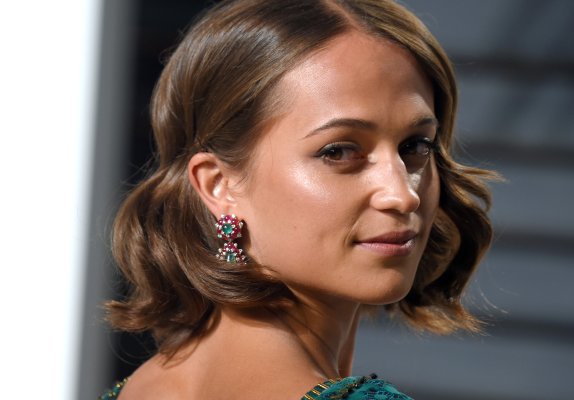 Here's the First Look at Alicia Vikander as the New Lara Croft
Next Up: Editor's Pick