Singer Chester Bennington of Linkin Park performs onstage during the band's "One More Light" album release party at the iHeartRadio Theater on May 22, 2017 in Burbank, California.
Scott Dudelson—Wire Image/Getty Images
By Abigail Abrams

Linkin Park on Monday announced their first concert since singer Chester Bennington died in July, saying they would honor the former band-member with a “one-night-only celebration.”

The event will take place Oct. 27 at the Hollywood Bowl in Los Angeles, according to the band’s website, and will feature “a number of other artists” in addition to Linkin Park.

“I know it’s going to be a rollercoaster of emotion, but when we talk about this, when we’re focusing on the show, it’s really about celebrating life,” Linkin Park member Mike Shinoda said in a radio interview Monday morning, according to EW.

Since Bennington’s suicide, the bad has received an outpouring of support from fans and fellow musicians. They even created a special portion of the Linkin Park website to collect supportive messages after Bennington’s death.

On Monday, the band also released a video for “One More Light,” which is the title song of their most recent album.

“One More Light was written with the intention of sending love to those who lost someone,” Shinoda wrote in a statement on the video’s YouTube page. “We now find ourselves on the receiving end. In memorial events, art, videos, and images, fans all over the world have gravitated towards this song as their declaration of love and support for the band and the memory of our dear friend, Chester. We are so very grateful and can’t wait to see you again.” 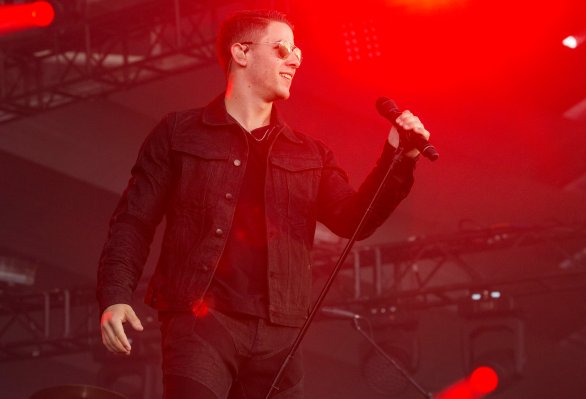