In a new study of the leading causes of death in the U.S., researchers say that opioids have contributed to a shortening of life expectancy.

The life expectancy for people born in 2015 increased by two years compared to people born in 2000, from 76 years to 78. Much of that gain was due to decreases in death rates from major killers like heart disease, cancer and infectious diseases. But alarmingly, that increase reversed between 2014 to 2015, for the first time since 1993. People born in 2015 were expected to live about a month less than people born the previous year. To find out why, Dr. Deborah Dowell, senior medical advisor in the division of unintentional injury prevention at CDC, and her colleagues analyzed data on leading causes of death.

The major factors that contribute to a decrease in life expectancy are increasing death rates from conditions like Alzheimer’s disease, chronic liver disease (mainly from alcoholism) and unintentional injures, which includes car accidents as well as drug overdoses, the researchers found. In fact, the drop in life expectancy due to drug overdoses alone is about the same as the impact from Alzheimer’s, liver disease and car accidents combined. Drug-related overdoses increased from 2000 to 2015, mainly due to opioids. And these overdoses shortened life expectancy by 3.5 months for someone born in 2015 compared to someone born in 2000. Opioid overdoses specifically accounted for about 2.5 months of that decrease.

“It really underlines how serious the problem of opioid overdose has become in the U.S.,” says Dowell. “In general we don’t see decreases in life expectancy attributable to a single cause that are of this magnitude.”

The last time a single contributor had such an effect in dropping life expectancy was during the HIV-AIDS epidemic, during its peak in the early 1990s. 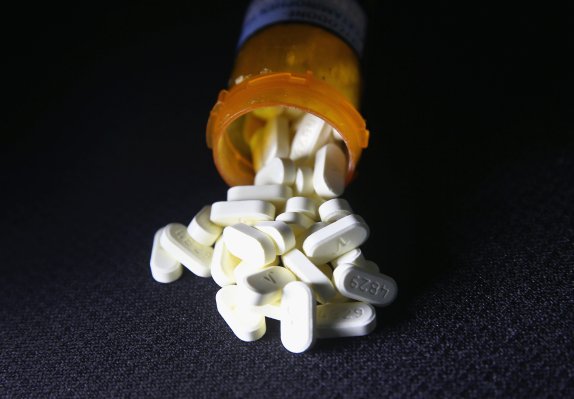 For Trump, Opioids Are Still Not a Crisis
Next Up: Editor's Pick