Ideas
By Tali Sharot
Sharot is an Associate Professor of Cognitive Neuroscience at University College London, director of the Affective Brain Lab and the author most recently of The Influential Mind: What the Brain Reveals About Our Power to Change Others.

Your brain is programmed to get a kick out of information. This makes our current digital era a celebration for your mind. While the agricultural age gave us easier access to nutrition, and the industrial age dramatically increased our quality of life, no other era has provided so much stimulation for our brains as the information age. It is as if, finally, our brain has succeeded in building its own amusement park that is perfectly customized for itself.

Consider the numbers: every day we produce approximately 2.5 billion gigabytes of data and perform 4 billion Google searches. In the short time it took you to read the last sentence, approximately 530,243 new ones were executed.

It would seem that the digital revolution should come in handy when trying to alter people’s minds. If people love information, what better way to influence their beliefs than to offer data? Yet, a puzzling phenomenon emerged with the rise of the digital age. As information about the world became readily accessible, people were still inclined to argue about the facts. For example, despite photographic documentation of the 2017 presidential inauguration, many disagree about the number of people who attended the event; and in the face of a publicly available birth certificate of the 44th President of the United States, there are diverse opinions regarding his birthplace.

When debating, our instinct is to burst in with ammunition in the form of facts and figures that support our view. But what actually determines whether someone will be persuaded by our argument or whether we will be ignored?

In the last few years, my colleagues and I collected data to address this question. We produced hundreds of folders with thousands of files containing rows and rows of numbers. Each number represented an observation: a person’s response to a decision problem or their reaction to another human; other numbers quantified activity in a person’s brain or the density of their neuronal fibers. We were somewhat surprised when those numbers pointed to the conclusion that in order to assess data and decide what is true the brain relies heavily on its emotional system.

In one study, for example, my colleague Micha Edelson and I, together with others, recorded people’s brain activity while we exposed them to misinformation. A week later we invited everyone back to our lab and told them that the information we gave them before was randomly generated. About half the time our volunteers were able to correct the false beliefs we induced in them, but about half the time they continued believing misinformation. What predicted whether false beliefs would be resistant to change?

A small structure deep in the brain, about the size of a cherry tomato, provided some clues. This structure is called the amygdala and it is important for producing emotional arousal. We found that if the amygdala was activated when people were first exposed to misinformation, it was less likely we would be able to correct their judgments later. A series of follow-up studies confirmed that emotion had a strong influence on how people processed information, sometimes in unexpected ways. We found, for instance, that good news was more likely to impact people’s beliefs than bad news. But that under stress, negative information, such as learning about unexpectedly high rates of disease and violent acts, is more likely to alter people’s beliefs.

In light of all this, it may be disturbing to learn that another group of researchers observed that one of the most emotionally arousing activity people engage in on most days is tweeting. Turns out tweeting brings your pulse up, makes you sweat and enlarges your pupils — all indicators of emotional arousal. Reading your feed alone increases arousal by 65%. Twitter is perfectly designed to engage our emotions because its features naturally call on our affective system; messages are fast, short and transferred within a social context.

What this means is that information on Twitter (and other social platforms that use short and fast messages) is particularly likely to be evaluated based on emotional responses with little input from higher cognitive functions. It is good practice, then, to slow down when using such platforms and to consciously reflect on our reactions. Science has shown that waiting just a couple of minutes before making judgments reduces the likelihood that they will be based solely on instinct.

At a time when information is easily obtained and data is abundant, it is important to be acutely aware that it is people’s feelings, hopes and fears that play a central role in whether a piece of evidence will influence their beliefs. It is those aspects of human nature that our message needs to address to make a change in others — or in ourselves. 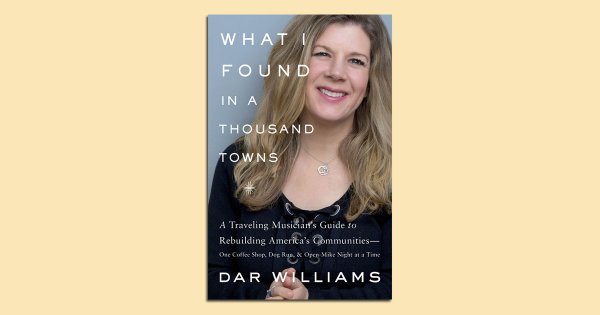 Dar Williams: How to Make Your Town Somewhere Everyone Wants to Live
Next Up: Editor's Pick