Another Journalist Murdered in Afghanistan Ahead of Elections

One journalist was killed and other seriously injured in eastern Afghanistan after a man dressed as a police officer gunned them down a day before the country heads to the polls.

Mobariz Zadran, a spokesman for the governor of Khost province, suggested that the assailant was actually a policeman rather than simply posing as one. “Naqibullah, a policeman in Tani district of Khost, opened fire on two foreign journalists. One was killed and one was wounded,” he said.

The Associated Press has confirmed that staffer Anja Niedringhaus died during the assault in Khost, while veteran South Asia correspondent Kathy Gannon was seriously injured. The AFP reported on Friday that the attack occurred inside a police district headquarters.

The incident is the latest in a disturbing trend of journalists under attack as the war-torn nation struggles to combat an unyielding Taliban ahead of general elections.

In March, veteran Swedish radio journalist Nils Horner was murdered by unidentified gunmen in broad daylight in what was considered one of the safest areas of Kabul. Later that month, the AFP’s Sardar Ahmed was also killed in the capital during a brazen assault on the luxurious Serena Hotel, which left nine people dead.

“The fact that these two attacks occurred in places in the capital with a reputation for being safe can only have a dissuasive impact on media preparing to cover the election,” said Réza Moïni, the Reporters Without Borders media-advocacy group’s head for Iran-Afghanistan, in a statement earlier this week.

“This violence is partly responsible for the withdrawal of certain foreign election-observer missions, making the election’s transparency more dependent on the presence of Afghan and foreign journalists.” 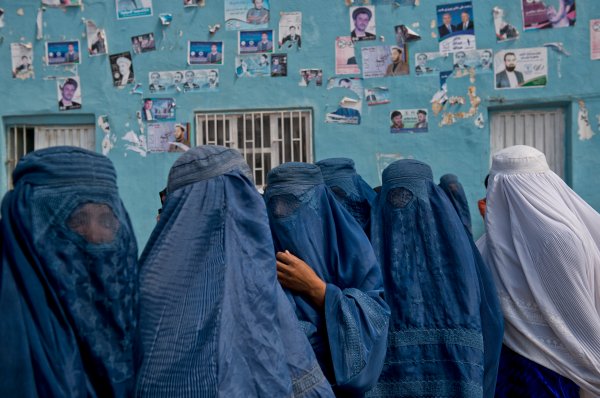 The Taliban’s New Campaign of Fear
Next Up: Editor's Pick