Ideas
By Steve Case
Case is the chairman and CEO of Revolution and the author of The Third Wave.

Although most signs point to continued growth in the U.S., an overwhelming economic pessimism seems to have taken hold in many parts of the country. Not a day goes by that I don’t read about the roboapocalypse — the massive job loss to be wrought by automation. These are real and valid concerns to be sure. Technology today is disrupting nearly every sector at a speed that eclipses previous revolutions. But to adopt a negative view of the future, to focus on what we may plausibly lose, is to miss out on what we have the potential to gain from this coming “Third Wave” of technology, both in terms of innovations and job creation.

That isn’t to say we can sit idly by. We need to unleash America’s creativity to develop new industries and new jobs. Entrepreneurs have a role to play, as does government. But it’s also incumbent on the business community to do more to ensure that the benefits of technological progress reach a broader swath of society.

AI and robotics will destroy jobs. It’s inevitable. But the loss of certain jobs due to innovation is something we have faced before. Two hundred years ago, more than 90% of the population worked on farms. Today it’s less than 2%.

Thankfully, the agricultural revolution was followed by the industrial revolution, and millions of new jobs were created. And more recently, when ATM machines were introduced, many predicted the end of the bank teller. Instead, it led to an increase in medium-skills banking jobs. There are more bank tellers today than there were in the 1970s. The needs and requirements changed, but jobs remained.

The amount of work to be done (and workers to employ) is not finite. New ideas, technologies and industries can create the jobs of the future, but it is up to us to help incentivize this process. And it is something we need to do better. According to a recent report from the Kauffman Foundation, new firm formation remains in a long-term deficit, roughly half of where it was a generation ago. Without a course correction, America is poised to lose its entrepreneurial mojo.

Reigniting our engines of innovation will not be easy. It will require a mixture of policy and community building initiatives — what I refer to as the R.E.S.T.A.R.T. agenda — to encourage and support startup growth — not just in Silicon Valley or New York but in the middle of the country, where job loss has the potential to be most acute. The agenda sets forth steps the government can take to revitalize entrepreneurship (things like tax incentives to drive capital towards startups), but it also prescribes something we don’t talk about often, or at least not often enough: the role of long-established businesses in supporting local startup ecosystems and the jobs that come with them.

First, corporations should pledge to source more goods and services from local startups or to create more substantial collaborations. This would give startups much-needed credibility and revenue. And it need not be viewed as just a form of corporate altruism. These relationships would provide a window into fresh thinking and ideas.

Further, bettering a nascent innovation ecosystem helps attract young people to a city, creating a stronger talent pipeline and a more vibrant business community. In cities across the country, major companies are backing startup incubators and accelerators by providing real estate, financial support and executive mentors. Big companies are also launching innovation centers at their corporate headquarters or in other emerging centers of innovation. Corporations can also consider offering sabbaticals to employees who want to create a business. This could provide companies, especially those in less immediately popular locations, with a recruiting advantage and early relationships with potentially complementary enterprises.

Finally, companies will need to make it easier for employees to switch jobs and/or create programs that help with retraining, be it through partnerships with universities or vocational institutions. Amazon, for example, holds classes on site in its warehouses to provide workers with opportunities to learn new skills. This is a model other companies must follow.

Every few months, I get out of my office and onto a bus to tour Rise of the Rest startup ecosystems across the country. We’ve been to 26 cities thus far this year (with eight more this October). The businesses I’ve visited and the founders I’ve met have deeply convinced me that we possess the ingenuity in every corner of this country to create the next wave of jobs. But it will be up to all of us — governments, communities and, yes, business leaders — to ensure a future where technology creates more jobs than it destroys. 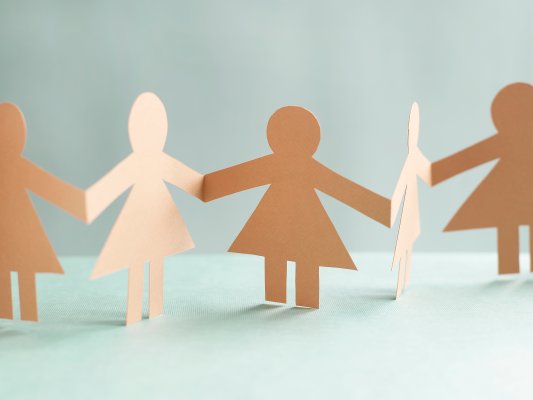 To Create Gender Equality, Companies Must Open Up About Failure
Next Up: Editor's Pick