Here Are the Best Memes of the 2017 Emmys

As always, the stars turned out in full force for television’s night on Sunday evening in Los Angeles. The 69th Annual Primetime Emmy Awards were a parade of famous faces and unexpected appearances, with plenty of surprises in store, both in terms of awards (without Game of Thrones in the running, new shows could finally find a foothold) — and special guests (hello, Sean Spicer). Here’s a roundup of the evening’s funniest memes, from the internet’s choices of swoon-worthy moments of sisterhood to reaction shots that can’t be beat.

When Sean Spicer showed up onstage to mock himself, celebrities in the audience were shocked. Veep‘s Anna Chlumsky had an especial wowed reaction, as did Modern Family‘s Sarah Hyland.

Tituss Burgess and his cheeky appearance in a Colbert skit will make for endless re-sharing.

When John Oliver got up to say thank you for an award for Last Week Tonight, he made sure to call out Oprah, who was seated front and center at the show — and proved to be a hit throughout the night.

The 9 to 5 reunion of Jane Fonda, Dolly Parton and Lily Tomlin — especially with their thinly veiled political message — was also inspiring to fans.

The ladies of Big Little Lies are serious crowd favorites and squad goals (and, ultimately, Emmys favorites too, taking home 5 trophies for their work on the HBO drama, including Outstanding Limited Series, Director, and best acting awards for Nicole Kidman, Laura Dern and Alexander Skarsgård.)

But not all the memes have to be funny. Some, like this one of Reese Witherspoon’s acceptance speech, resonated in an era where television is still seeking broader inclusion in both on- and off-screen roles. 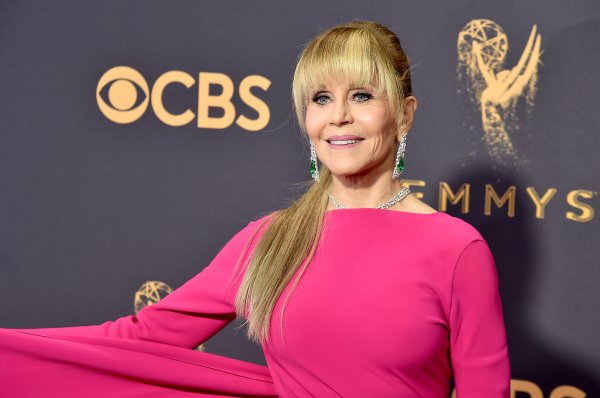