Police on Saturday shot and killed a 21-year-old Georgia Tech student who they say was armed with a knife and ignored multiple commands to drop the weapon.

The Georgia Bureau of Investigation, which is investigating the incident, said an officer shot Schultz after Schultz refused to stop walking toward the officers or put down the knife. Schultz died early Sunday in a hospital. No officers were injured during the incident.

It’s unclear what prompted Schultz’s behavior. Schultz suffered from depression and had previously tried to commit suicide, the student’s mother, Lynne Schultz, told the Atlanta Journal Constitution. “(Scout) had a lot of empathy for people, active in a lot of causes,” Lynne Schultz said, adding that her child was “scary smart.”

Georgia Tech mourned Schultz, who was the president of the school’s Pride Alliance, according to CNN. Lynne Schultz told the Journal Constitution that Scout Schultz identified as non-binary rather than male or female.

“Our hearts and prayers go out to Scout’s family, friends and colleagues as we mourn Scout’s life and the unrealized potential of what could have been,” Georgia Tech President G.P. “Bud” Peterson said in a statement. 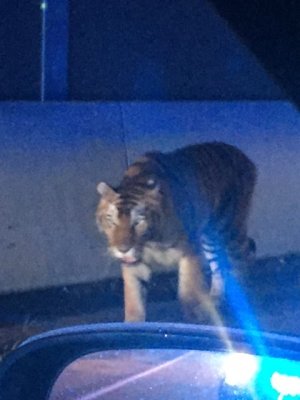 A Bengal Tiger Wandered Into a Residential Neighborhood and Attacked a Dog
Next Up: Editor's Pick