Why #DCPublicSchools Started Trending During the Emmys

John Oliver and Dave Chappelle have #DCPublicSchools trending on Twitter during the Primetime Emmy Awards.

During the Emmys on Sunday night, Chapelle — an Emmy winner for guest-hosting SNL this year — joked that he missed rehearsals and was just going to read the teleprompter without prior preparation. “Shoutout to DC Public Schools,” Chappelle said.

After Oliver and his team won an Emmy for Outstanding Writing for a Variety Series, the Last Week Tonight host pushed the DC Public Schools meme even further. “I would like to unexpectedly thank D.C. Public Schools,” said Oliver in reference to Chappelle, adding, “just to get it trending on Twitter for no reason.”

It didn’t take long for Oliver’s wish to come true. Soon after his acceptance speech, #DCPublicSchools began trending on Twitter. The official DC Public Schools Twitter account even got in on the act.

Check out the rest of Sunday’s winners here. This is the sixth overall Emmy for HBO’s Last Week Tonight With John Oliver since the show premiered on the network in 2014. 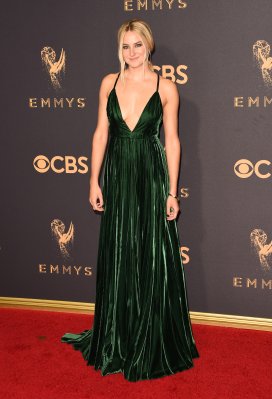 Shailene Woodley Says She Prefers Reading Over TV at the 2017 Emmys
Next Up: Editor's Pick