Police stand guard during a search by a police forensics team of a house in Stanwell, Surrey near London on Sept. 17, 2017.
Daniel Leal-Olivas—AFP/Getty Images
By Alana Abramson

President Trump retweeted an edited GIF Sunday morning that depicting himself striking Hillary Clinton in the back with a golf ball. In the video, Trump takes a swing, and a woman that appears to be Hillary Clinton falls to the ground as she enters a plane.

London Police Make Another Arrest in Connection With Subway Attack

A 21-year-old man was arrested in connection with Friday’s subway attack that inured at least 29 people, London police said. The suspect is being detained and questioned, according to the Associated Press, but has not been publicly identified or charged with anything as of Sunday afternoon. This brings the total number of arrests in the attack to two — an 18-year-old male was arrested on Friday.

Stephen Colbert, the host of CBS’ Late Night, will host the Emmy Awards Sunday night, which begins at 8 p.m E.T. The ceremony is expected to contain a lot more political talk than in past years thanks to Colbert, who has no qualms about taking digs at President Trump on a nightly basis, hosting TV’s biggest night.

A Porsche plowed into a crowd at a car show in Boise, Idaho, injuring 11 people including children.

Four female American tourists were hospitalized during a visit to Marseilles, France after a woman attacked them with acid.

Vermont Senator Bernie Sanders is pushing back against Hillary Clinton’s criticism that he didn’t adequately support her during the 2016 election. 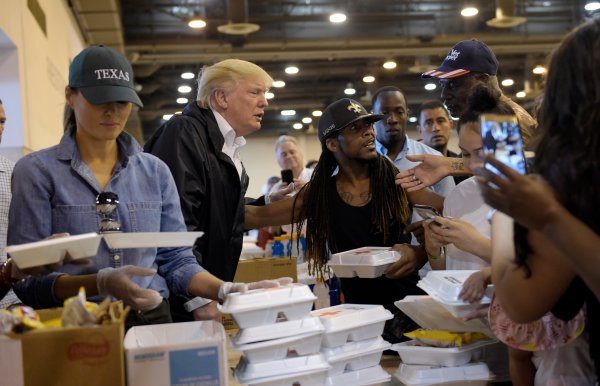