Republican Sen. John McCain of Arizona is co-sponsoring a new bill in support of transgender people serving in the military after President Donald Trump announced his transgender ban in July.

The bipartisan bill, which is also sponsored by Sens. Kirsten Gillibrand (D-N.Y.), Susan Collins (R-Maine), and Jack Reed (D-R.I.) seeks to prevent the Department of Defense (DOD) from removing current service members solely on the basis of their gender identity.

“When less than one percent of Americans are volunteering to join the military, we should welcome all those who are willing and able to serve our country,” McCain said in a statement. “Any member of the military who meets the medical and readiness standards should be allowed to serve — including those who are transgender.”

The proposed legislation does not outright guarantee the enlistment of transgender individuals who wish to serve in the military going forward, but it does require Defense Secretary James Mattis to conduct a study on the “future of recruitment,” as McCain put it in a tweet, as well as “express a sense of Congress that individuals who are qualified and can meet the standards to serve in the military should be eligible to serve,” according to a press release.

Trump’s ban was met with swift condemnation from many in Congress, along with military leaders. In August, 56 officers from the United States Army, Marine Corps, Navy, Air Force and Coast Guard signed a letter speaking out against the order. 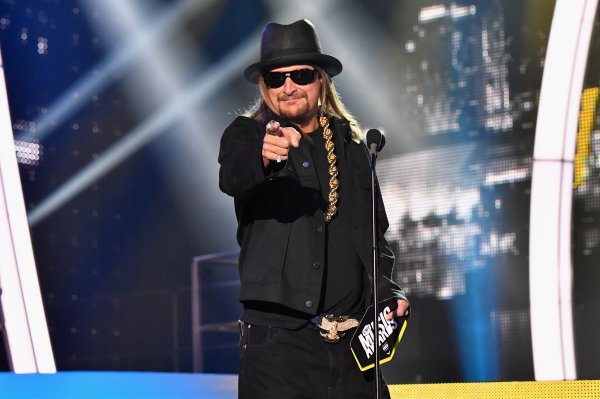