Jennifer Lawrence, one of Hollywood’s highest-paid actresses, has had an insanely successful run over the last seven years. In fact, since bursting onto the scene with Winter’s Bone in 2010 and leading the Hunger Games and X-Men franchises, Lawrence has never taken more than a few months off before hitting the set of a buzzy new film. Her latest, Darren Aronofsky’s psychological thriller mother!, hits theaters today. Meanwhile, the first trailer for the upcoming Russian spy drama Red Sparrow, due in 2018, was just released.

Today Show host Savannah Guthrie asked Lawrence in an interview, which aired on Thursday, if she’s planning to keep up the steady pace — or if it was time for a break.

“I’m taking one. I don’t have anything set for two years,” the Academy Award winner replied immediately. When Guthrie asked her what she might get up to during her time off from acting, though, Lawrence seemed more at a loss. 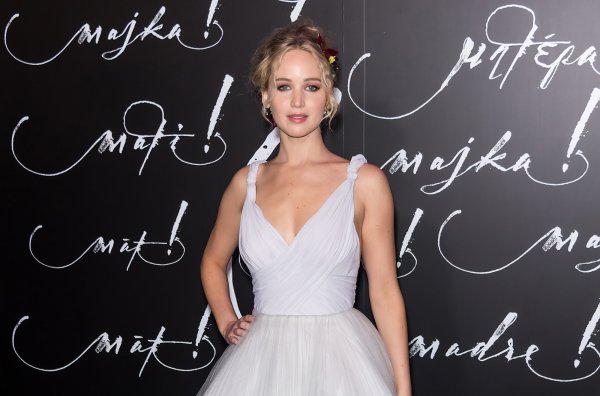 Jennifer Lawrence Continues to Be Relatable With This Charming Bar Fight Story
Next Up: Editor's Pick