Roald Dahl originally intended the young hero of his 1964 book Charlie and the Chocolate Factory to be black but was dissuaded by his agent, according to both the author’s widow and his official biographer.

“His first Charlie that he wrote about was a little black boy,” Liccy Dahl said in a BBC Radio interview Wednesday, on the 101st anniversary of Dahl’s birth. She also said the character was inspired by American sensibilities, and that it was a “great pity” her husband acquiesced to the change.

“It was his agent who thought it was a bad idea, when the book was first published, to have a black hero,” said Donald Sturrock, Dahl’s biographer. “She said, ‘People would ask why.’”

Liccy Dahl added that seeing Charlie and the Chocolate Factory as her husband envisioned it would be “wonderful,” and she’s not the only one who thinks so.

Responding to the news on Twitter, filmmaker Ava DuVernay (Selma, A Wrinkle in Time) wrote, “*raises hand for movie adaptation*.”

And when a fan replied to DuVernay’s tweet suggesting Tituss Burgess (Unbreakable Kimmy Schmidt, Broadway’s The Little Mermaid) play Willy Wonka, Burgess wrote back, “Ummmmm oh the fun I would have!”

To quote Wonka himself, “Hold your breath. Make a wish. Count to three …” 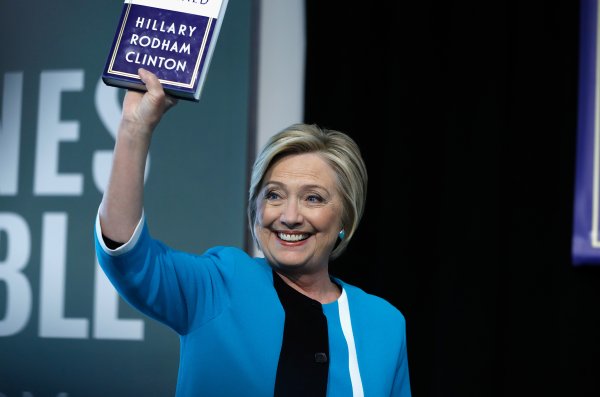 Hillary Clinton Is the Only Person Who Should Tell Her Story
Next Up: Editor's Pick