A casual incognito trip to a movie theater turned into a thoughtful fan interaction for actor Jude Law. But it all started after the staff began monitoring him for suspicious activity, the Guardian reports.

The Young Pope star was just popping by the Bath’s Odeon theater for a showing of Kathryn Bigelow’s Detroit on Wednesday, working a classic movie star disguise of a dark hoodie and full beard to cover his distinctive Hollywood features. But instead of realizing the solo moviegoer was a famous face seeking some anonymity, security was concerned he was “acting suspiciously” during his outing.

“The man [Law] spent a good 10 minutes just standing around on the phone, then he came and bought a ticket from one of my colleagues and my colleague who served him the ticket did not recognize him,” ticket-taker Connor Walter told the BBC.

But when Walter looked into Law’s famous blue eyes he realized the truth of his identity. He played it cool, though: he took a subtle snap with the star following the movie — and slipped a fan note into Law’s pocket. The best part of the story: Law then sent an email to Walter thanking him personally. Now that’s serious commitment to fan interaction.

“From one movie madman to another… thanks for your kind note,” Law wrote in the email. “Sorry I ran off. I am always aware of making a scene in public. Hence the hood! I’m a huge film obsessive too. I love them. Nice to hear someone else does.” Just a reminder: if Jude Law can take himself to the movies alone, we all can do it, too.

Law is currently in the U.K. filming the next installment of Fantastic Beasts and Where to Find Them, in which he plays a younger version of beloved Hogwarts headmaster Albus Dumbledore. 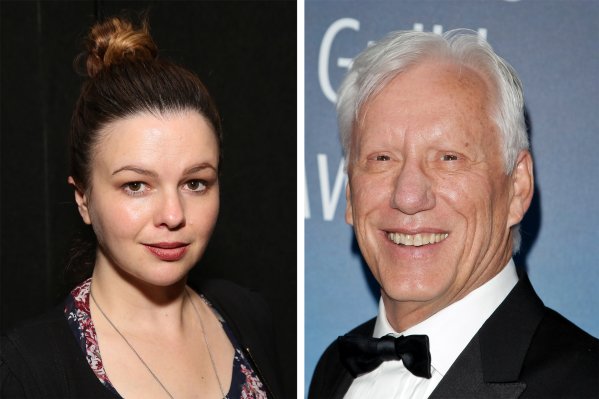 Amber Tamblyn Is Calling Out James Woods as a 'Predator.' Here's What to Know
Next Up: Editor's Pick