This Game of Thrones Theory May Confirm a Long-Awaited Fight

Remember that Sandor “The Hound” Clegane and Gregor “The Mountain” Clegane came face to face for the first time in years if you think back to the season seven finale of Game of Thrones . The Hound arrived at the Dragonpit summit in King’s Landing and delivered the following message to his zombified brother: “You know who’s coming for you. You’ve always known.”

Some fans immediately assumed this warning meant the long-awaited Cleganebowl — a fight to the death between the brothers — would go down in season eight. But now, Reddit user Askingforafriendta has taken that theory a step further by connecting it to the Hound’s seemingly newfound ability to see fire visions.

As a reminder, the Hound once told Arya that the bad blood between the brothers stems from a childhood incident in which the Mountain held his face over open flames, horrifically burning him and causing him to develop a debilitating fear of fire. “He pressed me to the fire like I was a nice juicy mutton chop,” he said. “Thought I stole one of his toys. I didn’t steal it, I was just playing with it. The pain was bad, the smell was worse. But the worst thing was that it was my brother who did it. And my father who protected him, told everyone my bedding caught fire.”

Looks like it may finally be time to get hype for Cleganebowl. 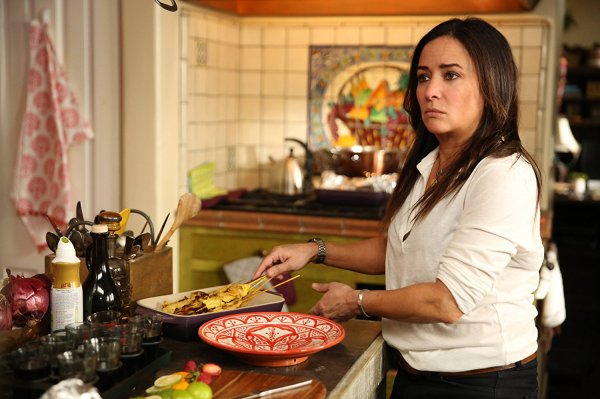 Review: Why Better Things Is One of the Best Shows on Television Right Now
Next Up: Editor's Pick