Which iPhone Should You Buy? How the iPhone X Compares to the iPhone 8 and 8 Plus

If you’re trying to decide which one is best for you, here’s a look at iPhone 8 vs. iPhone 8 Plus vs. iPhone X:

Why to buy the iPhone 8

If you’re still not ready to switch to a bigger screen and want to save an extra $100-$300 on your new phone, check out the iPhone 8. Even though it’s not Apple’s top-of-the-line phone, it still offers faster performance with the new A11 Bionic processor and includes a better camera than the iPhone 7 and 7 Plus. Like Apple’s more expensive new iPhones, it also supports wireless charging thanks to its new glass design. The company’s True Tone screen technology will be present on all three new iPhones as well, which adjusts the white balance to match the lighting in your surroundings. Here are two reasons to consider the iPhone 8:

If you want a better camera than the iPhone 7

The iPhone 8’s camera isn’t as advanced as the ones on the iPhone 8 Plus and iPhone X, but Apple has made a few noteworthy changes that differentiate it from that of the iPhone 7 and 7 Plus. The 12-megapixel sensor now has deeper pixels, which should make it better at capturing color and detail. And the sensor itself is also faster — a change that should help the shutter snap photos more quickly.

If you want faster performance than the iPhone 7, plus augmented reality

The iPhone 8 includes Apple’s new A11 Bionic processor, which means you won’t have to worry about missing out on faster performance by opting for the smaller, cheaper iPhone model. Apple’s new processor now has six cores instead of four, two of which are optimized for performance and four of which are tailored for efficiency. The more processors a computer has, the better it usually is at handling more tasks at once without slowing down.

Apple also says the cameras on each new phone have been calibrated for augmented reality, so it should still offer an AR experience that’s somewhat superior than that of the iPhone 7 and 7 Plus. The A11 Bionic chip is also designed to enable better world tracking and scene recognition, with an image signal processor that estimates light in real time.

Is the iPhone 8 right for you?

The iPhone 8 is probably the right choice for those who want an iPhone that feels new but aren’t willing to spend $1,000. Going for the less expensive option isn’t always the best idea because those models tend to include cheaper, older hardware that becomes obsolete more quickly. But in this case, since the iPhone 8 runs on the same processor as Apple’s pricier models and still includes new features like wireless charging, it’s a solid move. If you don’t necessarily care about having the best screen quality, more sophisticated camera features, or the ability to log in to your phone with your face, go for the iPhone 8.

Why to buy the iPhone 8 Plus

If you want everything the iPhone 8 has, but with a more advanced camera

The Plus model includes all of the improvements found in the 8 — the A11 Bionic processor, the TrueTone screen, the improved 12-megapixel sensor, cameras optimized for augmented reality, and a new glass design with wireless charging — but with a camera that can do more. Unlike the iPhone 8, the 8 Plus includes two cameras, one wide-angle lens and another telephoto lens. As such, it supports Portrait Mode: the feature Apple introduced last year that makes it possible to blur the background of an image in order to make the subject appear sharper.

With the iPhone 8 Plus, Apple is adding a new capability to Portrait Mode that lets you adjust the lighting in a shot. On the iPhone 8 Plus, you’ll now have the option to toggle between lighting scenarios that change the way shadows hit the subject’s face, making it possible to produce shots in different styles. And like the 7 Plus, those two lenses also mean Apple’s larger new iPhone will offer clearer shots when zooming compared to the smaller model. Both of the 8 Plus’ cameras have optical image stabilization this time around, meaning they will be better at keeping images and videos stable if your hands shake while holding the camera.

Is the iPhone 8 Plus right for you?

If having a large screen and a superior camera are important to you, and you don’t want to spend $1,000 on the iPhone X, the iPhone 8 Plus is likely the right choice.

Why to buy the iPhone X

Starting at $999, the iPhone X is Apple’s most expensive iPhone yet. Most of the advancements here have to do with the phone’s screen and cameras: The iPhone X’s 5.8-inch display is the largest any iPhone has had to date, and it’s the first Apple product that can recognize you by your face. It also has the same improvements as the Phone 8 and 8 Plus, like wireless charging, Apple’s new A11 Bionic processor, a new glass design, and the improved 12-megapixel camera sensor. Here are the two main reasons to consider the iPhone X:

If you want a bigger, sharper screen

The iPhone X is Apple’s first smartphone to include an OLED screen, a type of display technology that’s capable of showing deeper blacks and richer contrast. That means you’ll definitely see improvements in the viewing experience compared to the iPhone 8 and iPhone 8 Plus. Samsung’s flagship phones have long offered these types of screens, and I’ve always noticed that they’ve displayed colors much bolder and more vibrantly than the iPhone. Based on my brief hands-on impressions with the iPhone X following Apple’s event, it seems like Apple could give Samsung some tough competition with the X.

It’s not just the quality of the screen that’s different — it’s the size of it, too. Apple removed the home button in order to enlarge the display without actually making the phone itself bigger. It’s a technique Samsung, LG, and Essential have all implemented on their recent smartphones as well. That means with the X, you’ll get even more screen space than the iPhone 8 Plus offers, but in a phone that’s much smaller and easier to use with one hand.

If you want facial recognition

The other major change that differentiates the X from the 8 and 8 Plus is its facial recognition technology. There’s a small cutout above the screen that contains several sensors, including a dot projector, flood illuminator, and infrared camera in addition to the regular front-facing camera. These sensors are capable of mapping your face so that you can unlock your iPhone just by looking at it. That comes at the expense of Touch ID, however, since there’s no home button. Facial recognition is another feature Samsung has already adopted on its Note 8, but I’ve found that it can sometimes be slow or unreliable when scanning my face. If Apple’s technology proves to be different and more accurate than Samsung’s, it could provide a convenient new way to unlock your phone. That’s especially true considering Apple’s Touch ID doesn’t usually perform well if your hands happen to be wet.

There’s another benefit to having those depth sensors on the front of the phone: you can take selfies in Portrait Mode on the iPhone X. Social media apps that project masks and effects over selfies, like Snapchat, will also be able to do so more accurately using the iPhone X’s facial scanner.

Is the iPhone X right for you?

If screen quality is the most important characteristic you look for in a new smartphone, consider the iPhone X. It’s the best iPhone experience Apple has to offer, but at a very steep price. If you don’t necessarily care about having the best possible display and aren’t sold on the benefits that come with facial recognition, the iPhone 8 Plus is a worthwhile alternative that will save you $200. 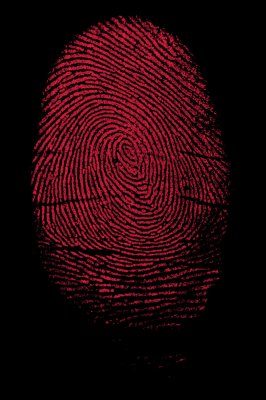 Equifax and the Perils of Password Protection
Next Up: Editor's Pick