Donald Trump: ‘Crooked’ Hillary Clinton Lost the Election Because She ‘Had No Game’

“Crooked Hillary Clinton blames everybody (and every thing) but herself for her election loss. She lost the debates and lost her direction!” Trump tweeted.

Clinton and her election strategy have come up after she addressed her loss in her new book, What Happened. In it, Clinton cited then-FBI Director James Comey’s unexpected investigation announcement, Russia, even herself and others for ultimately costing her the presidential election, Politico noted.

“The ‘deplorables’ came back to haunt Hillary. They expressed their feelings loud and clear. She spent big money but, in the end, had no game!” Trump added in another tweet.

Trump referenced the now infamous “deplorables” comment Clinton made while campaigning when she said, “You could put half of Trump’s supporters into what I call the basket of deplorables,” while speaking to donors at an LGBT for Hillary fundraising gala in New York City. 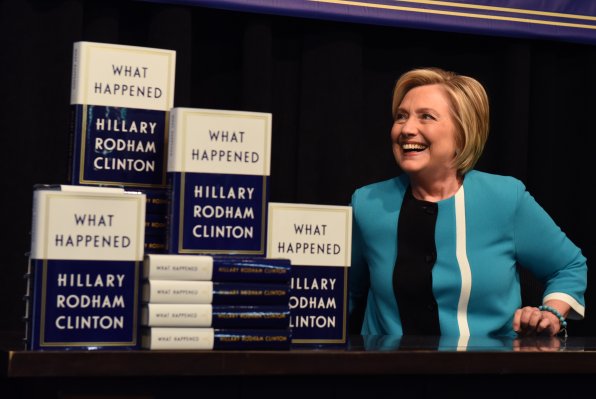 Regret Not Voting? Hillary Clinton Doesn't Forgive You
Next Up: Editor's Pick