By TIME Staff
Gibbs at her second home, which is to say the White House; over the course of an exceptional career, she interviewed five American Presidents
Benjamin Rasmussen for TIME

Every paragraph must earn its sentences, every sentence its words. To have worked with TIME editor-in-chief Nancy Gibbs is to have heard it a thousand times. But this is no mere maxim of economy. It reflects her values as a journalist, values Nancy practiced over the course of an incredible 32-year career at the magazine, including her promotion as its top editor in 2013. Roughly: Be rigorous, bring your passions to work but leave your agendas behind and, above all, be focused on serving your readers. Or, as she might more elegantly put it: Every word has consequences, every silence too.

On Sept. 12, Nancy told us, “It’s time for another chapter,” and said she planned to step down. So this space, normally reserved for TIME’s editor-in-chief, has been hijacked by her staff to write a few inadequate words about her. Inadequate because Nancy’s powers as a storyteller are unparalleled. Before becoming the first woman to lead the institution, she authored more cover stories for TIME than any other writer in its history. For millions of people, she told the living history of our nation and our world–comprehensively, compellingly and compassionately. She co-wrote, with TIME’s Michael Duffy, two best-selling presidential histories and interviewed five American Presidents as well as dozens of world leaders.

She successfully ushered TIME into a new media era, serving the needs of growing digital and mobile audiences as well as introducing the brand to new readers wherever they might be and however they might wish to access our journalism. Over the past four years, she presided over a doubling of TIME’s audience and a reaffirmation of its relevance.

There are metrics, and then there are the measures that really matter: ideas, careers and friendships nurtured. Under Nancy, the latter were as innumerable as the former were bountiful. And in a time of dislocation, disruption and division, she strove to preserve a hallowed middle ground where actual conversations could take place and where ideas could live or die by their own merits. The role that TIME’s journalism played in last year’s presidential campaign and continues to play in the wake of the election illustrates both the difficulty and the vitality of that mission.

Nancy can never really leave TIME. She embodies its highest values, and transformed it with the intelligence, grace and wisdom of her leadership. (Not to mention that we plan to make her write many more cover stories.) But when she does take a well-deserved break, she will have left the vivid air around us signed with her honor. 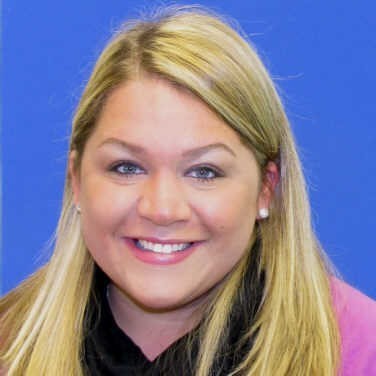 Maryland Police Say Missing Teacher Was Killed By Boyfriend
Next Up: Editor's Pick