The Referendum Vote That Could Fracture Iraq

Younes Abdullah, left, and his nephew Rakan Hamid Jasim stand inside the Chamakor camp for displaced people in Northern Iraq. They both want to return to their homes in the town of Zummar, currently under Kurdish control, but Kurdish security forces don't allow them to return. The two relatives lived under Islamic State rule for almost three years.
Bram Janssen—AP
By Jared Malsin

Iraq’s northern Kurdish region is set to hold a vote on independence on Sept. 25, giving hope to nearly 30 million Kurds in Iraq, Iran, Syria and Turkey who aspire to self-determination. But the central government opposes the referendum, putting it on a collision course with an ever more powerful separatist movement:

The vote represents a challenge to Baghdad by Iraqi Kurdistan’s regional government over control of areas claimed by both sides. At the center of the dispute is Kirkuk, home to a million Arabs, Kurds and Turkomans, and the heart of Iraq’s oil wealth. Kurdish authorities took control of the city after Iraqi troops fled advancing ISIS forces in 2014.

Major powers in the region also oppose the referendum. Neighboring states like Turkey and Iran worry that the vote could galvanize Kurdish separatists within their own borders. A yes vote might provide a model for other Kurds seeking autonomy across the region–such as in Syria, where U.S.-backed Kurdish militias already enjoy de facto control over much of the country.

The U.S. is also against holding the independence vote. Officials are concerned the referendum will tear apart key allies in the coalition fighting ISIS, just as the militant group is on the brink of defeat as a conventional army. The Kurdish public is widely expected to vote for independence, but there is no chance Baghdad will recognize the outcome, potentially propelling Iraq toward another round of civil strife. 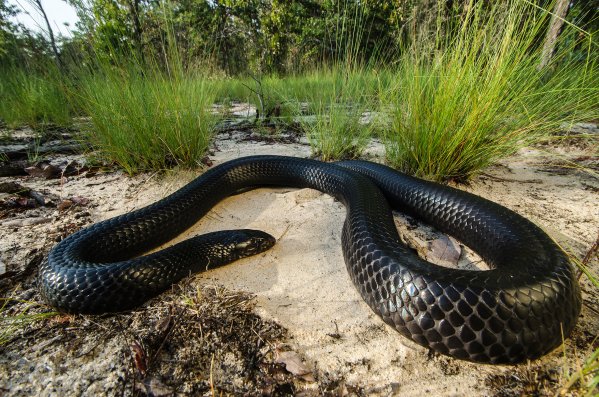 Back to the Wild
Next Up: Editor's Pick