Just one day after suggesting that Melissa McCarthy share her Saturday Night Live Emmy with him, Sean Spicer sat down with Jimmy Kimmel for his first interview since leaving the White House.

“Why is he so concerned with size, have you ever seen the President naked?” Kimmel asked Spicer. “I have not,” he replied.

“Look, your job as press secretary is to represent the President’s voice and to make sure you are articulating what his visions are on policy, on issues, and on other areas that he wants to articulate. Whether or not you agree, is not your job,” Spicer said. “But ultimately he’s the President, he decides and that’s what you sign up to do.”

Kimmel asked if he was now distancing himself from Trump. Spicer said: “Absolutely not.”

Spicer resigned from his position in July after Trump named former New York hedge fund executive Anthony Scaramucci as his communications director. He agreed to come on Live! when Kimmel tweeted a throwback picture of the two of them posing together with the caption, “Dear [Sean Spicer] – if I promise to look AT the camera this time, will you come to my show next week?”

“It’s a deal, does next Wednesday work,” Spicer replied. 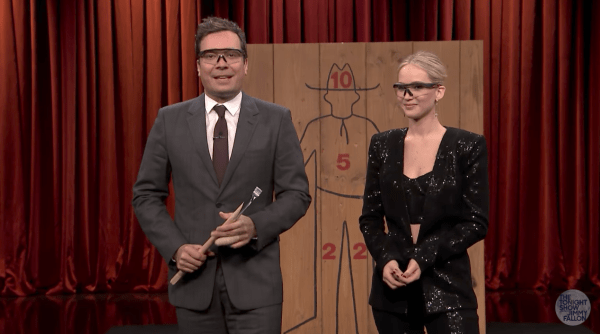