‘I’ve Never Had This Much Attention.' Meet the Florida 'Hot Cops' Who Are Going Viral

Three Florida police officers have gone viral for their attractiveness after they posed for a photograph for their department’s Facebook page — and at least one of them is hoping to find a suitor amid the international limelight.

Gainesville Police Department Officers Michael Hamill, Dan Rengering and John Nordman drew the attention of hundreds of thousands of people this week after a selfie they snapped during Hurricane Irma made the rounds on the internet.

“Part of the night crew getting ready to do some work,” the caption on the Sept. 10 department Facebook post read.

It prompted more than 142,000 comments, some vulgar, mostly from women apparently drawn to the officers’ looks.

“I know where I’m committing my next felony!” one Facebook user wrote.

“Do a calender [sic], add puppies and I’m pretty sure we can rebuild Texas and Florida,” another said.

The newfound attention shocked Hamill, who has been with the Gainesville Police Department for a year. “I’ve never had this much attention before,” the 28-year-old officer told TIME on Wednesday. “It’s an ego boost — very flattering and funny.”

Hamill, who got married last March, said his new wife initially did not enjoy his turn in the spotlight. “My wife, she obviously wasn’t happy at first, but she’s taking it like a champ,” he said.

Meanwhile, Rengering, who is single, is welcoming the attention and plans to “filter through” the deluge of comments for a possible suitor. He also says he’ll apply to appear on ABC’s hit reality television show, The Bachelor. “I wouldn’t think twice about it,” the 27-year-old said about throwing his hat in the ring.

Rengering said shortly after he first went viral, his mother called to warn him to behave. “My mom called me and said, ‘You better stay humble.’ She said, ‘You better be good.’ My mom said, ‘I can’t even look at it the comments.’”

Rengering has been with the police department for nearly five years and said he enjoys watching football and working out. The Florida Gators fan also likes reading books and playing video games in his free time.

After some Facebook fans joked about placing 911 calls or committing crimes as a way of meeting the officers, Hamill and Rengering are urging people not to take the joke too far. They return to duty Wednesday night for the first time since the photo went viral.

“Definitely don’t make fake 911 calls. We’re here to do work,” Rengering said. “If the calls for service are filled with calls that aren’t real, it could really jeopardize someone who needs help.”

Hamill and Rengering say they’re happy to give Florida residents a laugh amid a deadly natural disaster.

“It’s a boost for people,” Hamill said. “People are being forced out of their homes. Seeing something like this, something humorous and entertaining, kind of takes their mind off the hardships they’re going through.”

Rengering added: “It was a nice distraction from everything that was going on. It was nice to see something and laugh.” 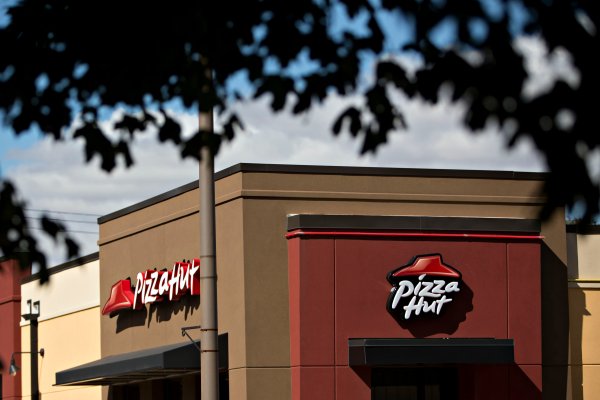