Hillary Clinton name-drops a number of books in her new memoir What Happened, but it’s her reference to hit television show Game of Thrones that seems to be garnering the most attention.

In a passage focused on the hostility leveled at her by Trump supporters at the now-President’s campaign rallies, Clinton compared herself to Cersei Lannister — the Queen of the Seven Kingdoms played by Lena Headey in the HBO drama.

“Crowds at Trump rallies called for my imprisonment more times than I can count,” she wrote. “They shouted, ‘Guilty! Guilty!’ like the religious zealots in Game of Thrones chanting ‘Shame! Shame!’ while Cersei Lannister walked back to the Red Keep.”

Clinton was, of course, referencing the infamous scene in Thrones‘ season five finale in which Cersei is forced to make a ‘walk of atonement’ through the streets of King’s Landing as public penance for her sins.

Clinton went on to explain how she was floored by the “flood of hatred” she was confronted with during her run for the presidency. “People seemed to think I was evil,” she wrote. “Was this all because I’m a woman? No. But I believe it was motivation for some of those chanters and some of that bile.” 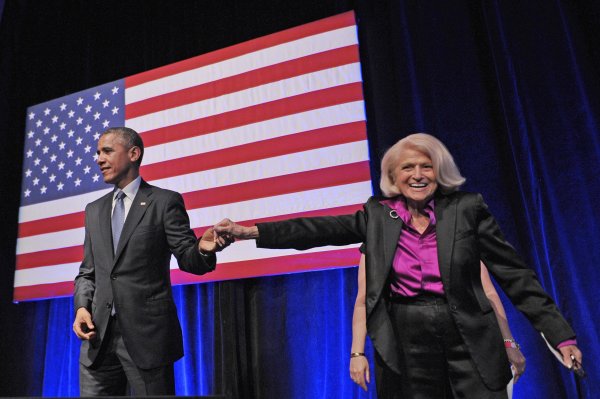