How an Outlaw Became the 'Turkish Lawrence of Arabia'

In the twilight of the Ottoman Empire, 100 years ago, a restless Turkish prisoner of war languished in Malta, then a British possession. With copious leisure time forced upon him, Eşref Bey began to write his adventures as an officer in the Ottoman army. His biography has not survived, yet, from the archival material that has, we can imagine what it might have included: a string of increasingly momentous assignments for the Committee of Union and Progress (Ottoman patriots opposed to the policies of the sultan) and for Enver Pasha, hero of the 1908 “Young Turk” revolution and the pre-eminent military figure of the Ottoman Empire during the First World War.

Eşref’s story is not well known outside Turkey, where it has attained legendary status. He was born in the imperial capital, Istanbul, in 1873, where his father had risen to the post of chief falconer. He attended some of the empire’s top military schools. Yet Eşref was not Turkish. He was from Circassia, a region in the north Caucasus along the east shore of the Black Sea, and he had a propensity for conflict. His career was destined to veer between insider and outsider.

During the First World War, Enver Pasha became the effective commander-in-chief of the Ottoman Empire (a title technically held by the sultan) and attempted to keep the empire intact in the face of increasingly long odds. Eşref was one of the “self-sacrificing officers” who coalesced around Pasha, taking a role in his Special Organization, Teşkilat-ı Mahsusa, which handled sensitive issues such as intelligence gathering and covert operations. By the end of the war, Eşref had become a notorious figure. Yet his rise to prominence was far from straightforward. His career took him across the length and breadth of the sprawling Ottoman Empire and beyond during its final decades, frequently crossing the line between loyal imperial servant and outlaw.

As a young student, his propensity for violence saw him expelled from an academy in Istanbul. He was sent to another in the city of Edirne (Adrianople), in what proved to be the first of many stints in exile. His misdemeanors saw him transferred from prison to prison, but eventually he escaped and lived among the tribes of the Najd desert, in central Arabia, where he mastered Arabic as well as the manners and customs of the Bedouin. Such knowledge would be called upon during the First World War.

Eşref set out to make a nuisance of himself in the eyes of the Ottoman authorities. Exploits such as kidnapping the son of the commander of the Ottoman military barracks at Medina and ambushing the imperial pilgrimage caravan on its way to Mecca were aimed at impressing the central authorities, persuading them that they would be better off rehabilitating such an industrious and resourceful personality.

Sultan Abdülhamid II’s policy of forbearance ensured that Eşref was pardoned and restored to the imperial fold. He and his brother were given sinecures on one of the sultan’s estates near İzmir (Smyrna), but they soon grew restless. Turning to brigandage in the mountainous territory of western Anatolia, they engaged in further banditry before being recruited again into the state’s expanding security apparatus. Appointed as a gendarmerie officer, Eşref was now in charge of combating the same group of outlaws to which he had once belonged.

When Italy invaded Tripolitania (Libya) in 1911, Eşref received the first of a steady stream of combat assignments, which lasted until his capture by the Arab Revolt and transfer to British custody in 1917. After secreting a group of Ottoman and Arab VIPs across Egypt and into Libya, Eşref went to work with Libyan tribes as part of the Ottoman-Sanusi resistance to the Italian invasion. When the Balkan Wars broke out the following year, Eşref again saw action, playing a leading role in the postwar, “off-the-books” Ottoman operation to create a mini-state in western Thrace out of land that formerly belonged to Bulgaria. The short-lived government Eşref helped to form was intended to protect the region’s Muslim population, who had been abused during the fighting. When, at the war’s end, it was negotiated away by the Ottoman government, Eşref and his comrades were incensed: he had served as commander of the “National” paramilitary forces and had even designed the flag of the ill-fated entity.

Eşref’s most daring assignment came when Enver Pasha ordered him to deliver a shipment of gold and arms to the Ottoman army in Yemen, the province of the empire in the south of the Arabian peninsula that had been cut off due to the British-backed “Arab Revolt” in the west. Navigating a difficult route, Eşref led his contingent overland through Arabia. They were ultimately discovered and attacked by a much larger force. Eşref was captured and paraded around the Hijaz region in the west of Arabia before being handed over to British military officials, who took him to Cairo for interrogation. It was then that he was transferred to Malta, where he was forced to sit out the rest of the conflict.

Shortly after his release from Malta, he was made a regional commander in the growing “National” movement by Mustafa Kemal, the future Atatürk, who would establish the modern Turkish republic. This movement in the interior of Anatolia was a rival to the Ottoman government in Istanbul, now under Allied occupation. Having failed to quell an insurrection in western Anatolia, Eşref had fallen out of favor with the nationalist hierarchy being established at Ankara.

He finally broke with Ankara in 1920, following his fellow Circassian, “Çerkes” Edhem, across the front line and into the zone of Greek occupation in western Anatolia. As a result he has subsequently been referred to as a “traitor to the nation” in works of mainstream Kemalist historiography. Forced to live in exile from the newly founded republic and separated from his family for more than 30 years, he was finally allowed to return to Turkey as an old man.

Beyond the individual details, Eşref’s life epitomizes a number of broader trends that help us understand this era of rapid change in the region and its disastrous personal toll. As the son of Circassian immigrants, Eşref represents the demographic change that played a critical role in this period. The Ottoman military, especially the growing paramilitary forces, recruited heavily among the Circassians, who had been forced out of the Caucasus by Russian expansion in the 19th century. Eşref’s peripatetic career also highlights the extent to which technology – and the capacity for communication and movement that it enabled –changed the dynamic of this period. During his many adventures Eşref traveled by train, steamship, car and even aeroplane, and he was a committed user of the telegraph. Ultimately his career underscores the extent to which loyalty and personal networks worked both for and against agents like Eşref, who were always at the sharp end of events during this tumultuous and defining period of history.

Benjamin C. Fortna is the author of The Circassian: A Life of Eşref Bey, Late Ottoman Insurgent and Special Agent (Hurst, 2017). 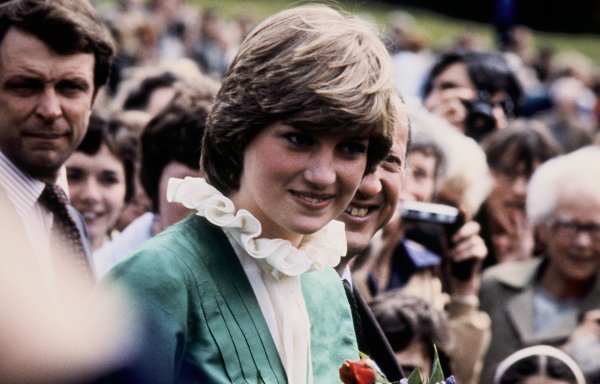 What to Know About the Royal Blood in Princess Diana's Family
Next Up: Editor's Pick