During Obama’s presidency, she filed a lawsuit against the federal government in New York after she was billed $363,053 in federal state taxes in 2010 when her wife, Thea Spyer, died. If her marriage had been recognized by the state, she wouldn’t have been billed anything. The couple had been together for 44 years and had got married in Canada in 2007.

The case led the Supreme Court to strike down the Defense of Marriage Act in 2013, a watershed ruling that gave same-sex marriages federal recognition for the first time.

Obama posted a letter about Windsor on Facebook shortly after her death was confirmed, honoring her legacy and her bravery. “Few were as small in stature as Edie Windsor — and few made as big a difference to America,” he wrote. 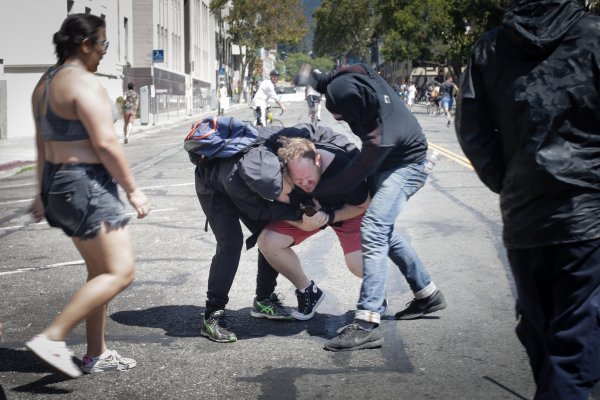 Why the 'Alt-Left' Is a Problem
Next Up: Editor's Pick