This Is the Creator of Journey's Stunning Next Big Indie Game

It’s called simply Sky, and it looks as mesmerizing and visually balletic as indie studio Thatgamecompany’s last three games, Flow, Flower and Journey. The game was revealed as Apple was wrapping up its ballyhooed September 12 iPhone event, during which the iPhone-maker unveiled a next-gen iPhone (dubbed the iPhone X), showed off a bunch of wizardly augmented reality apps, and demoed a 4K version of its Apple TV set-top. (You can watch the whole thing distilled to less than 3 minutes here.)

Sky‘s connection is that it’s specifically for iPhones, iPads and the Apple TV — a lineup that is itself noteworthy, as the studio’s last three games were exclusive to Sony’s PlayStation 3 and 4 consoles. [Update: It’s for iOS devices and Apple TV first, but Thatgamecompany tells me more platforms are coming.] Thatgamecompany describes Sky as “a social adventure game,” which at the highest level sounds like a tagline for Journey, the studio’s last game released in 2012. In Journey, players wordlessly maneuvered through barren, dune-covered zones, occasionally bumping into other players, with whom they could interact musically as they voyaged.

It’s not clear what you do in Sky yet, though it superficially resembles Journey‘s leaping, gliding gameplay and passage with others toward some unknown goal. The differences at this point are chiefly visual, Sky‘s involving what looks to be a massive, corkscrewing cloudscape set against a cerulean sky. Pastoral pockets of land, possibly mountaintops or perhaps an archipelago of floating atolls, beckon like islands of greenspace. In the trailer’s starting area, arcane symbols appear on hillsides or between strange pillars. Are they related to the game’s hypothetical puzzles? One of several characters sporting capes with a triplicate diamond pattern appears to issue a signal, after which others join it, dashing to the edge of the area before leaping off and swooping down into the swirling cloud bank.

That’s about all we know about Sky so far. Thatgamecompany cofounder Jenova Chen compares it to “the delight of visiting a theme park where lasting memories are made,” in a studio blog post. And in a separate interview with The Game Awards’ host Geoff Keighley, Chen says the gameplay involves helping others, and that it’s partly about giving groups like families an experience they can have together.

“There’s a lot of the mechanics of the game involving giving,” he says, adding that it’s very difficult to describe the gameplay specifically, but that giving “is a common element.” The interview also highlights more of the game’s activities, like a sequence in which the player flies in the wake of a large bird, appearing to follow a series of pulsing circles the bird is either generating or itself following. “We’re trying to build a world like a theme park,” he says. “And you can come experience a little bit of that. You can also spend a whole…like half a day just exploring everything.”

And the more you explore, the more things may change, says Chen, hinting at elusive, possibly dynamic spaces. It sounds like just the sort of mystery Thatgamecompany fans have been waiting more than half a decade to engage, though they’ll have to wait a bit longer for a play date, as Sky‘s release timeframe is still unknown. [Update: Great news, as I’m told it’s in fact slated for winter 2017.] 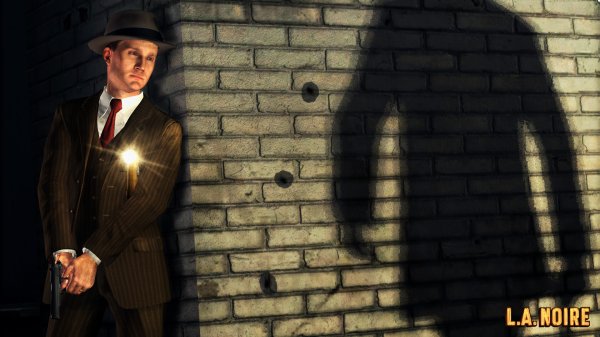 LA Noire Is Coming to the Nintendo Switch
Next Up: Editor's Pick