When writer Vanessa Grigoriadis first met Columbia University student Emma Sulkowicz in August of 2014, it was before the undergrad began carrying her 50-lb. mattress around campus as an anti-rape demonstration. Grigoriadis, a journalist for publications like Vanity Fair and the New York Times magazine, was reporting a story about Columbia students who accused the university of failing to regard their sexual assault cases seriously. Grigoriadis’s New York magazine cover story — and the eventual notoriety of Sulkowicz’s “Carry That Weight” performance — would contribute essential sparks to the fire that is now a national conversation about sexual assault on campus.

With reporting from colleges across the country, Grigoriadis’s new book Blurred Lines: Rethinking Sex, Power & Consent on Campus dissects the perspectives of the accusers, the accused and the institutions in which they live. Motto spoke with Grigoriadis about campus court systems, the role morality plays in sexual interactions and her ideas for creating safer colleges.

Did you discover anything completely counter to what you expected?

I began this project thinking the universities were just as corrupt as the Catholic Church or Northeastern prep schools in the 1970s and 80s. I definitely thought they were covering up rapes and not only humiliating girls but also kind of covertly forcing them to drop out of school, because they weren’t helping them address their trauma after sexual assault. But after doing a significant amount of reporting with university administrators, I started to think that wasn’t the case. It probably was for some universities before President Obama made a whole new set of regulations around this issue in 2011, but it’s not now. This is a hard issue to get right — they may not always be doing the best job, but they’re definitely trying.

What would you say to people who think the criminal justice system should handle these cases?

I remember sitting with a radical activist in California and asking her why the cops aren’t dealing with this, and having her give me a look of such disappointment. The fact is that campus courts are a great half step here. They’re a great way of dealing with the issues that don’t rise to the level of criminality and that would never get a fair shake in a police department because police are notoriously unreliable when it comes to dealing with rape victims. Pretending that we can just blow up the whole campus court system and there’ll be justice is another mess. This is going on right now because [Secretary of Education] Betsy DeVos has indicated clearly that she’s interested in rolling back Obama’s emphasis on the campus courts.

Where do you fall in the debate over the role of campus courts?

I believe we can resolve many Americans’ hesitation about whether the courts should be involved in this issue if we admit that some of the behavior on campus may be immoral rather than criminal. Then it makes sense for the campus court to come into play, because campus courts generally deal with immoral behavior such as plagiarism. This is a way of handling episodes that involve profound thoughtlessness for the other person, a profoundly immoral attitude. American schools themselves today are interested in thinking about this issue in this way. This is part of why they have enacted new sex rules on campus — and I’m specifically talking about ‘Yes Means Yes,’ the idea that you’d have to ask for permission for sex rather than require a partner to say no — to protect students from others who do not act in a moral way.

What do you make of DeVos’s approach?

I do think she has called attention fairly to the boys who may be guilty by the letter of new campus sex rules but not by the spirit. There are some students being expelled or suspended who made some honest mistakes, who by the letter of Yes Means Yes did not get the correct permission for sexual intercourse — but Yes Means Yes will take some time to get used to if you’re a boy who grew up in American culture where you have movies and TV shows and music telling you to push as hard as you can because girls say no when they really mean yes. Just throwing this new rule at them and expecting them to comply is pretty ambitious. DeVos is right to bring attention to those guys and say look, you could suspend or throw out this guy but perhaps you’re better off trying to reeducate him. What I don’t like is that she’s couched all of this in the language of due process. The way she talks about it implies there’s nothing to see here in terms of gender parity and I just don’t think that’s the case.

One of your central questions is if someone feels she’s been assaulted, whether that means she was. How do you think about answering that?

Sexual assault is really hard to prove, period. Some women are interested in the notion that if a woman feels she was assaulted, that means she was indeed assaulted. It doesn’t matter if the behavior was minor — it may not even matter if some facts undercut her point of view. The feeling itself is the fact. The woman and feminist in me understands that, but the journalist in me is skeptical because at a deep level I believe there’s a truth to be found and if we try hard enough, we’ll find it.

After all of your reporting, what are your thoughts on solutions?

I got really into the idea of ethical sex, and instead of talking about it in a punitive way, to make people feel like they’re not being fully formed ethical adults if they act a certain way instead of just saying: “They’re rapists.” There’s no question that the alt-right fervor took a lot of energy from the men’s rights people who hated girls who said they were rape victims. So how do we not let that backlash overshadow all the good work that has been done over the last five years? If it requires changing rhetoric, maybe we should think about trying to do that.

We also need to remake college campuses. These experiences largely are happening between kids who don’t really know each other, when boundaries aren’t clear, and at the beginning of the school year when things are too loosey-goosey. We don’t have to have massive dorm buildings where there are no boundaries. Some of these situations could be avoided if we could be smarter about how we create residential halls and about who can have alcohol and who can’t. I’m not saying the universities are to blame or alcohol is to blame, but it’s a perfect storm of factors that are colliding with each other in a way we have to remedy. And just having orientation seminars where people click “Yes I understand I need to get consent for sex” on a webinar button is not going to do it. 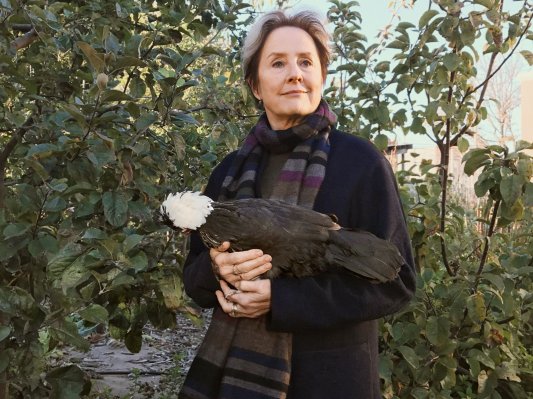 Alice Waters Never Thought She'd Be a Chef. Here's How She Became One
Next Up: Editor's Pick